Ashley Mae Sebera, better known as Dana Brooke in the ring, is a female American professional wrestler who now works for World Wrestling Entertainment on the Smackdown brand. Then, Sebera debuted on the WWE main roster in 2016 after joining the company in 2013. She worked alongside Emma in WWE’s developmental division NXT before joining forces with Charlotte Flair on Smackdown. Also, Brooke joined “Titus Worldwide” in 2017, together with Apollo Crews and Titus O’Neil, a faction that lasted until 2018. In this article, we are talking about her. So, keep reading to know more about this player.

Ashley Mae Sebera was born in the Cleveland neighborhood of Seven Hills, Ohio, on November 29, 1988. Then, Sebera began working as a diver and began gymnastics. After working as an athlete for nearly 18 years, she abandoned gymnastics after badly hurting her ankles and began competing in bodybuilding and fitness. Then, Sebera graduated from Kent State University (KSU) in early 2011, with a major in fashion, merchandising, and design and a minor in business administration. Also, she utilized her fashion degree to create her own business.

Sebera won many National Physique Committee (NPC) competitions in mid-2011, and she obtained a pro card with the International Federation of BodyBuilding & Fitness (IFBB) in 2012. Also, Sebera has participated in the Arnold Classic three times, finishing twelfth in 2013, thirteenth in 2015, and fourteenth in 2016. 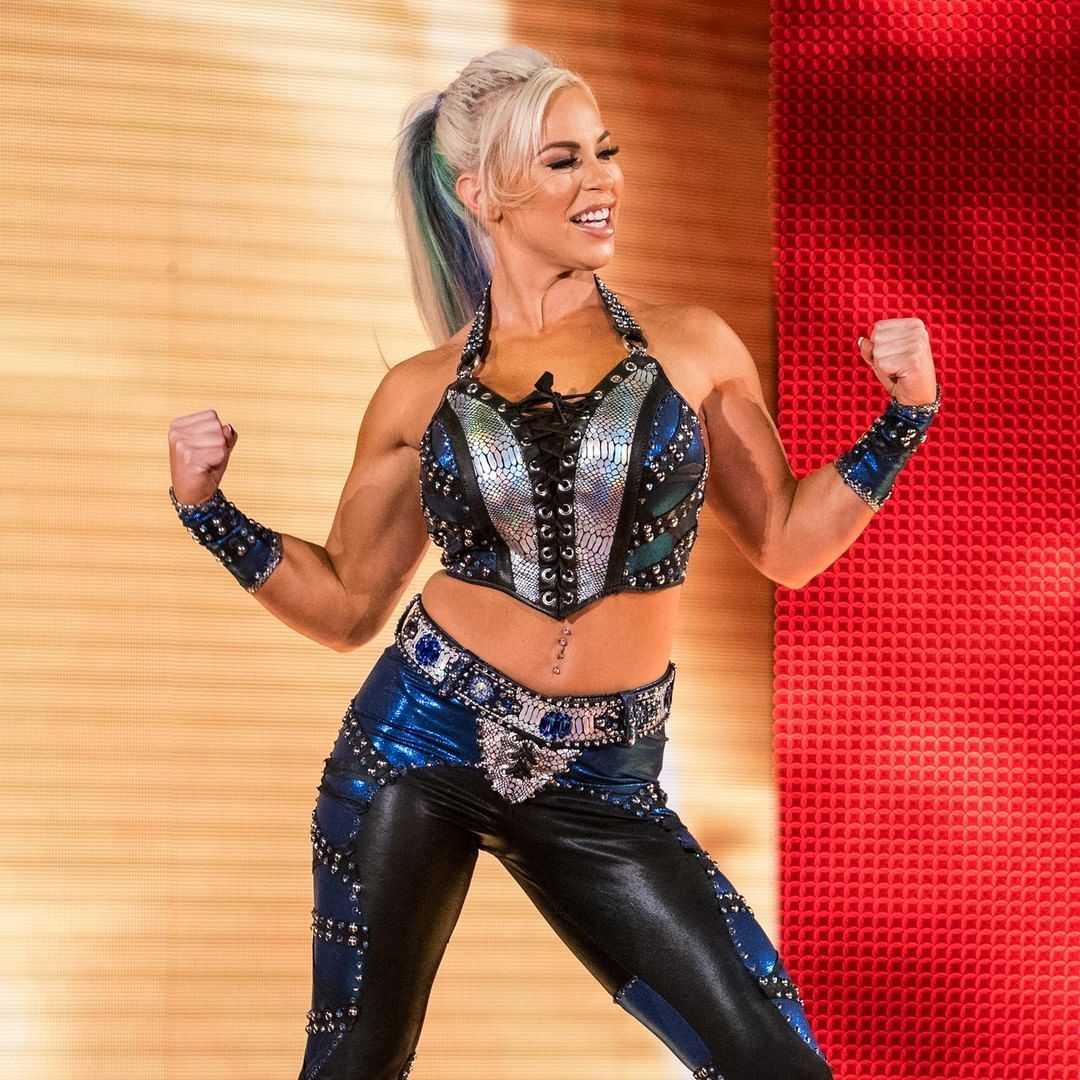 On June 15, 2013, Sebera was signed by WWE and given the ring name Dana Brooke months later. Also, Brooke made her debut television appearance on September 11, 2014, during the NXT Takeover II event, in a backstage segment with Tyler Breeze. So, Dana Brooke made her in-ring debut as a villain a week later, on September 18, at a house event in Wauchula, partnering with Sasha Banks to defeat Alexa Bliss and Bayley. Also, Brooke beat Devin Taylor via submission in a dark match at that night’s TV tapings on October 23. Also, Brooke partnered with Becky Lynch and Sasha Banks in a losing 6-woman tag team match against Bayley, Charlotte, and Devin Taylor on the next NXT show on October 24. 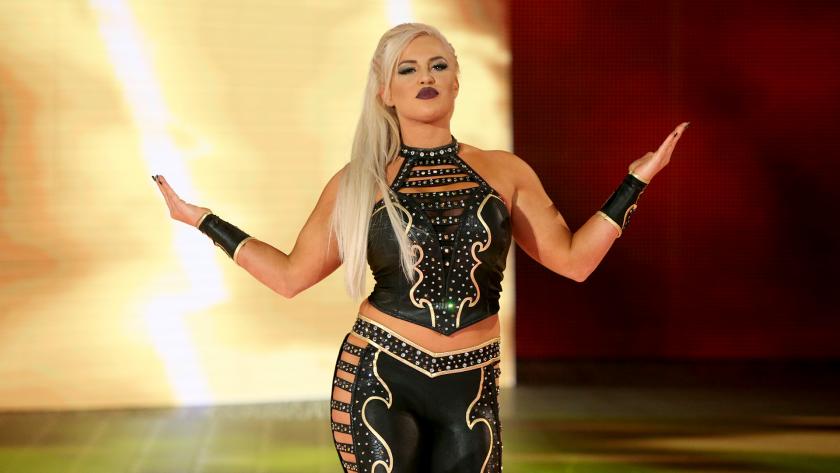 So, Dana returned to the arena two months later, on December 18, facing off against Carmella and Alexa Bliss in a three-way match won by Bliss. On the December 19 NXT programme, Bliss defeated Carmella and Brooke in a three-way match. In a third consecutive three-way match, Brooke and Carmella would lose to Alexa Bliss on December 20. Also, Brooke beat Blue Pants in singles action on the February 18 NXT TV taping the following year. On March 7, on the first day of NXT Live! Brooke beat Bayley at the Arnold Classic. On the second day of NXT Live! Brooke beat Carmella in the Arnold Classic on March 8. Also, Brooke and Becky Lynch defeated Alexa Bliss and Devin on the March 12 NXT event. 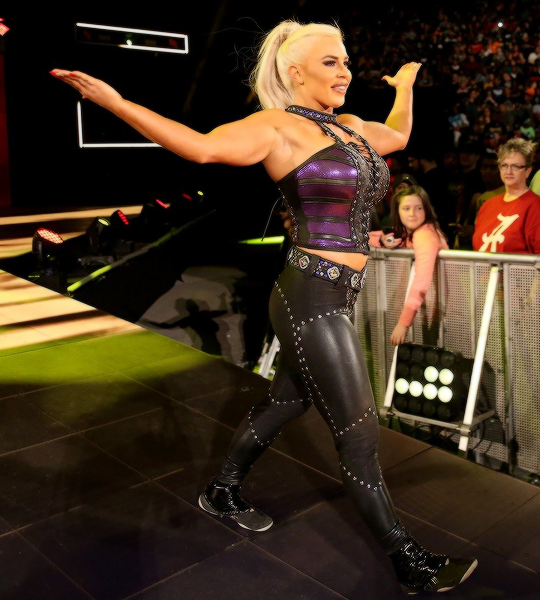 Dana Brooke made her Raw debut on May 9th, assaulting Becky Lynch and aligning with Emma. Also, Brooke then faced Becky Lynch twice, both times winning. At Extreme Rules, she interfered, distracting Natalya and allowing Charlotte to retain the WWE Women’s Championship.

Brooke lost the belt on May 31 after being pinned by Tamina. Also, Brooke reclaimed the 24/7 Championship from Tozawa on June 6 and successfully defended it against Becky Lynch with the assistance of Asuka’s intervention. Then, Brooke was slated for a championship rematch with Lynch on June 13, but Lynch assaulted Brooke before the bout. Also, Brooke lost the WWE 24/7 Championship to Doudrop on the June 20, 2022, taping of WWE Main Event (to be televised on June 24) in Lincoln, Nebraska, in which Brooke beat Nikki A.S.H. to recover the championship title. Then, Brooke was engaged in a non-fatal vehicle accident and missed the following WWE tapings. Also, Brooke lost and reclaimed the 24/7 championship title on RAW on July 18, 2022.

Dana Brooke, a fixture on the Raw roster, is currently engaged to be married. She posted on Instagram that her boyfriend, Ulysses Diaz, proposed to her and she accepted. She shared a video of the proposal as well as images from the event. 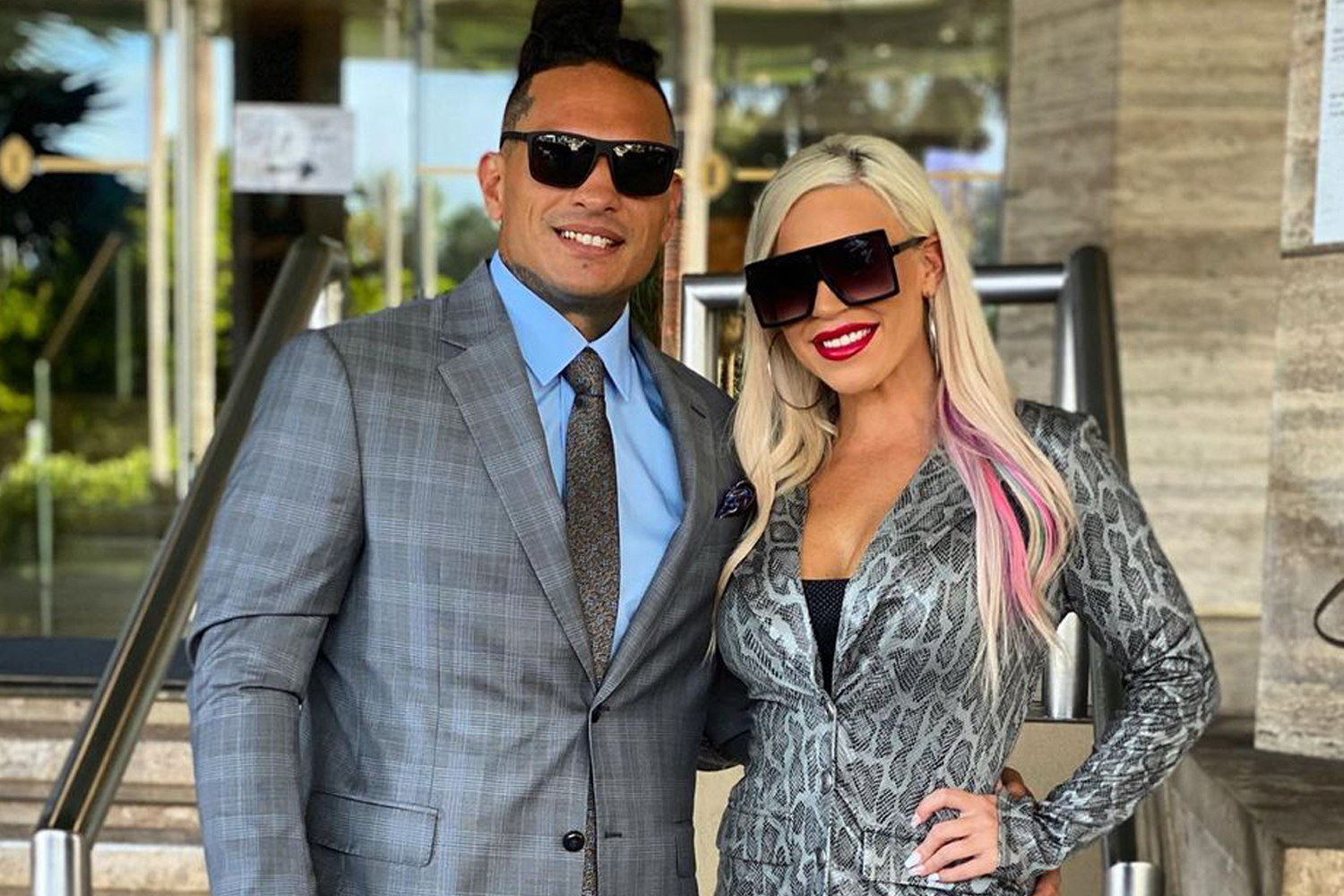 Ulysses Diaz, according to Wrestling Inc, is a Cuban professional boxer with a 12-1-0 record. His most recent boxing battle was in December of 2019. He most recently became involved in bare-knuckle combat, where he lost to veteran UFC fighter Thiago Alves in late June at the Bareknuckle Fighting Championship 18 event. Diaz also has a 2-1 record at BKFC.

Dana Brooke, 32, and Diaz, 40, began dating in December 2019. Her prior relationships included NBA star Enes Kanter and former WWE World Heavyweight Champion Batista. She has been on the main roster since 2016, after a brief time on NXT. Despite having no such achievements to her name, she was able to keep her spot on the team. She is currently the holder of Women’s tag team titles with Mandy Rose. Dana Brooke’s boyfriend, Ulysses Diaz, fought an outstanding bout at Bare Knuckle Fighting Championship 14 in late 2020, but Brooke was present at ringside to attract some unwanted attention. 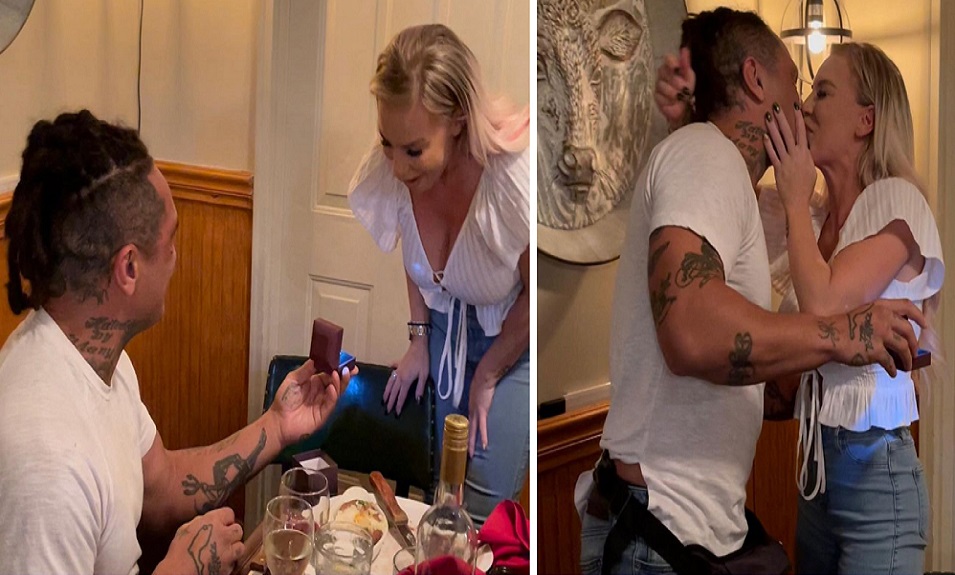 Diaz won his bout in three seconds with a powerful punch, while Brooke was found outside the cage without a mask over her face, despite having one. Fans then chastised her on social media for the same behavior. So, Dana Brooke never commented on not wearing a mask correctly, but she did thank fans for their support. She did reveal glimpses of their private lives on social media, but they prefer not to make them public. WWE also wished the happy pair a happy engagement.

Dana Brooke’s net worth is expected to be approximately $2 million in 2022. WWE pays her a base wage of $200,000 per year. Also, Brooke had recently been seen competing in the women’s Tag Team category alongside Mandy Rose. Also, Brooke had gone absent from WWE TV before entering the 24/7 title picture after Rose relocated to NXT.

Dana Brooke acknowledged her split from the former world champion, and she is currently seeing Ulysses Diaz. Dave Bautista and her new lover, she claims, have a lot in common. She stressed how Dave was preoccupied with Hollywood and she was on tour with WWE, leaving them with no time to see each other. This is why they had to cancel the event. “It’s simply that with my calendar being so full and Dave doing so many movies, our time is quite restricted.” But we still contact, we still chat on a daily basis, and my partner now [Diaz] and him have a lot in common when it comes to fighting.” 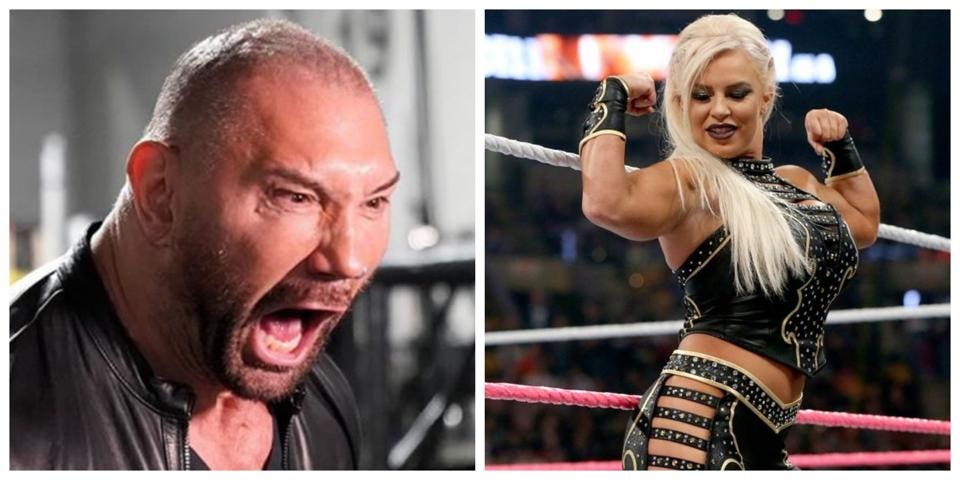 Dana Brooke and Dave Bautista have become fairly popular as things. It’s unclear how long they’ve been dating, but they do intend to stay together. The two stars share a fanbase, which has put them in a comfortable position. The romance appeared to grow in front of admirers on social media. Also, Brooke was first concerned about this. In a prior interview with Sports Illustrated, Dana Brooke stated that she had known Batista for many years. They were friends from the bodybuilding and fitness world. When they initially started dating, things were a little awkward, but she’d want to see where it finally headed. Unfortunately, it was not a pleasant experience.

Ashley Mae Sebera debuted in professional wrestling in 2013 as Dana Brooke in the developmental territory NXT. Then, in her first match, she teamed up with Bayley against Alexa Bliss and Sasha Banks, however she lost. Also, Brooke and Emma also established a team and feuded with other tag teams like as Charlotte and Becky Lynch, Asuka, and many more. Also, Brooke made her main roster debut on Raw in 2016 with Emma, defeating Lynch in her first bout. Then, Brooke has appeared in several tag team battles with Charlotte. Also, Brooke also had a feud with Bayley. Then, Brooke allied herself with Apollo Crews and Titus O’Neil, who encouraged her to join their “Titus Worldwide” group towards the end of 2017. 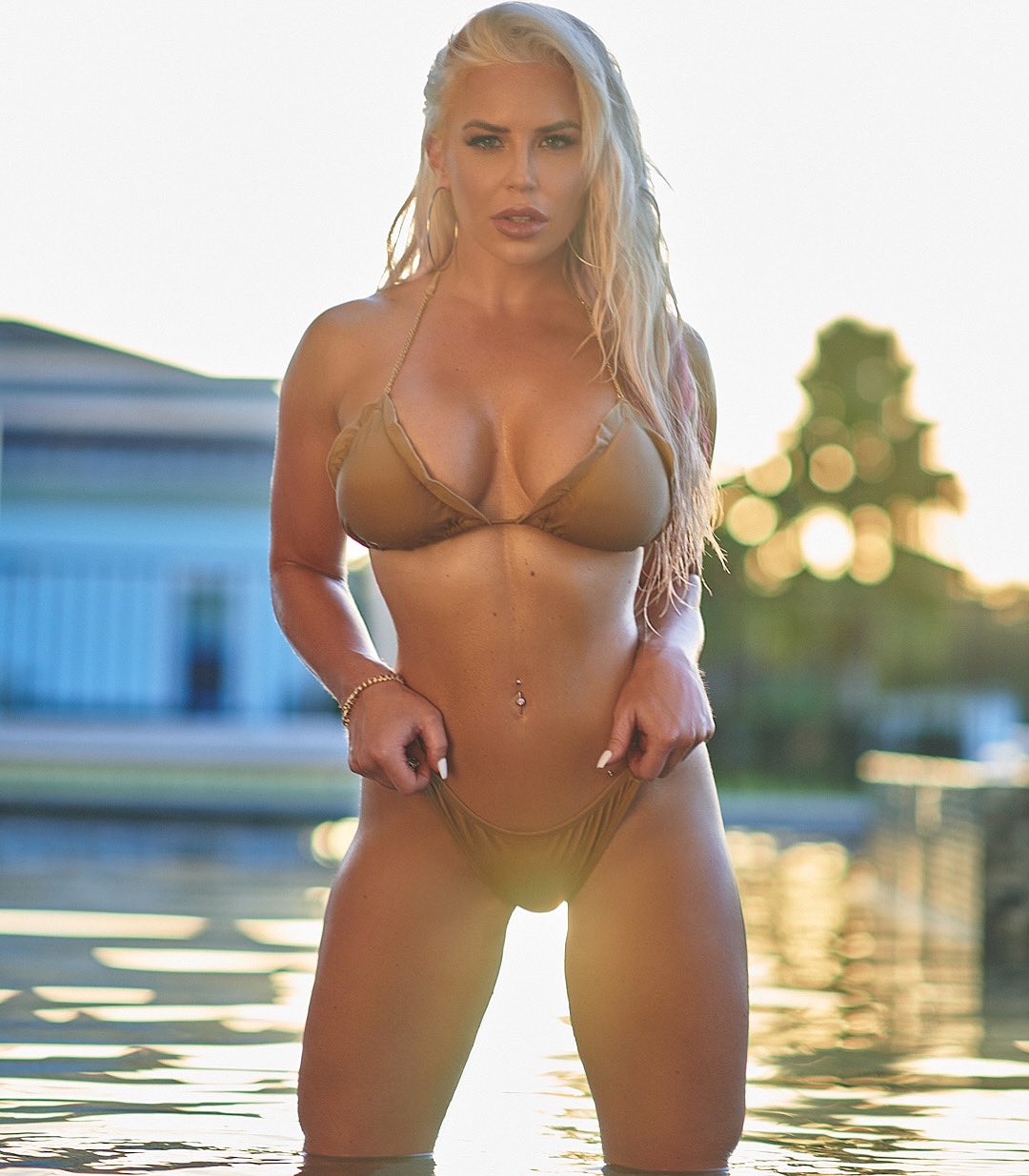 Moreover, height is no longer an important component in the world of WWE, with giants no longer dominating the main event slots as they once did. So, Dana Brooke is 5ft 3in tall, which is her billed height when she enters the ring. Also, her weight is 57 kg. 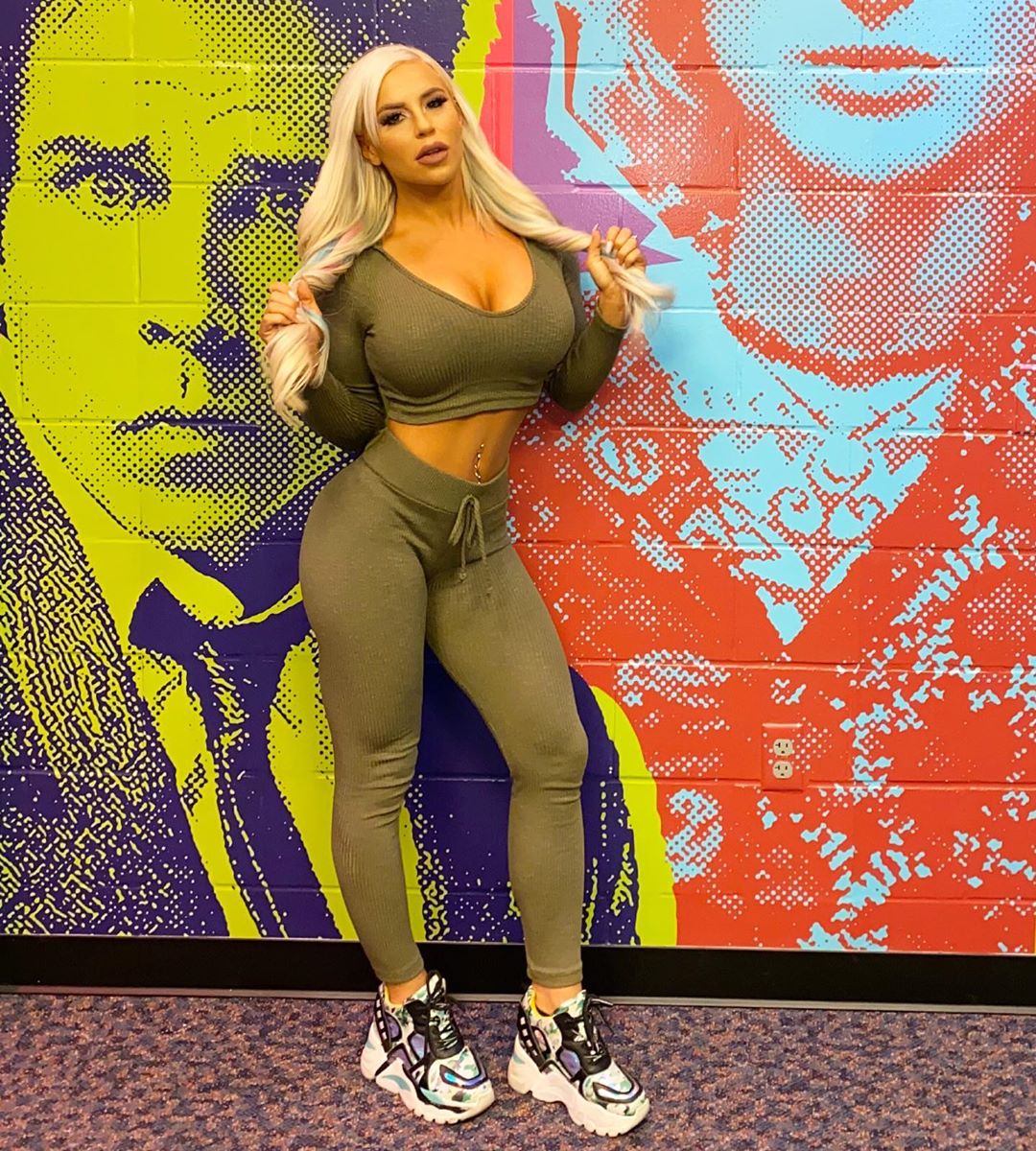 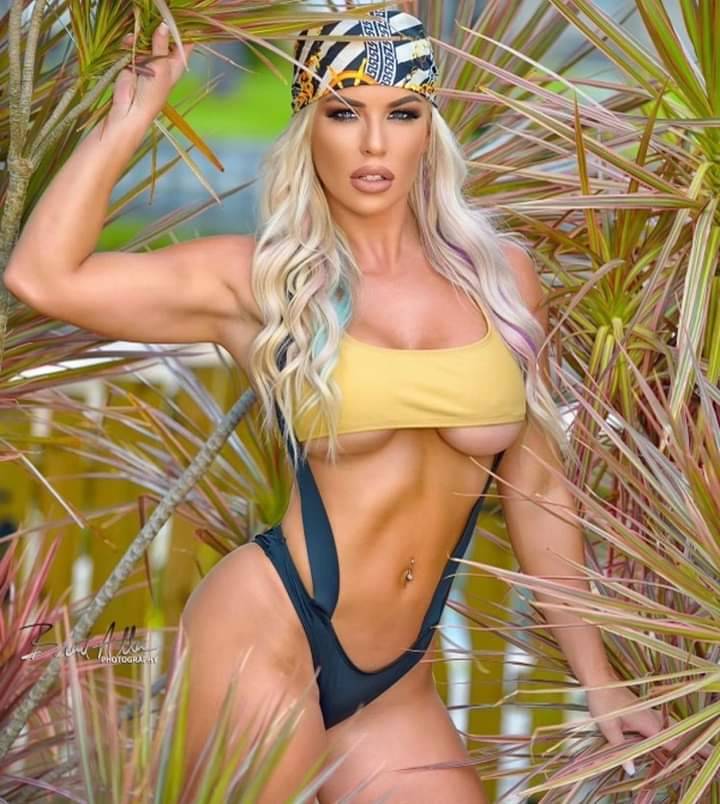 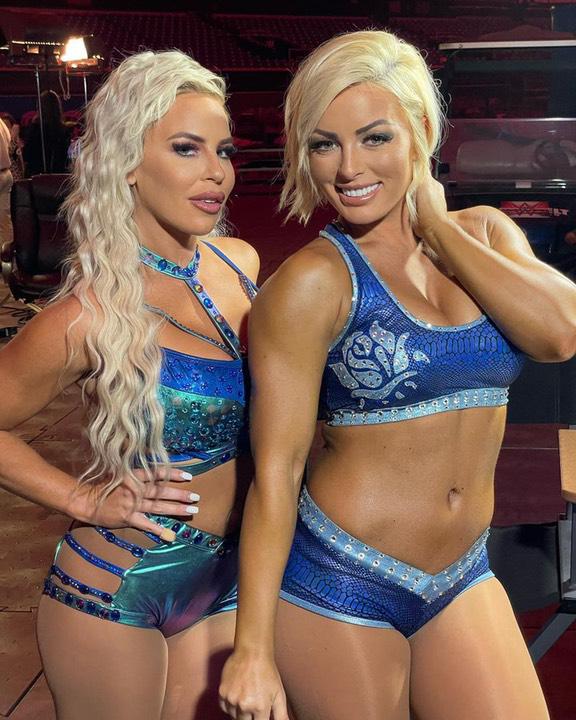 Who is Dana Brooke in a relationship with?

Despite her on-screen romance with Reggie, Dana Brooke is presently in a relationship outside of WWE with boxer Ulysses Diaz. Before announcing their engagement in July 2021, the pair dated for about a year and a half.

Dana Brooke, the current WWE 24/7 Champion, is engaged to Ulysses Diaz. So, Dana Brooke has been involved in a number of romances throughout her tenure at the organization. Until his death in August 2017, the current 24/7 Champion was linked to fellow superstar Dolph Ziggler as well as bodybuilder Dallas McCarver.

What happened to Dana Brooke in WWE?

Dana Brooke, a WWE Raw star, did not appear on Monday night’s broadcast. The current 24/7 champion subsequently claimed that she was unable to attend the presentation due to a recent vehicle accident. “Much [love] to the #wwe universe for your love and support in sticking up for me!” “Brooke said on Twitter. “I was not on RAW last night because I was in a horrible automobile accident the previous week; I am doing well and will be back in no time!” I absolutely appreciate the support and couldn’t ask for more.”

The WWE 24/7 Championship is a professional wrestling championship developed and maintained by the American wrestling company WWE. The championship is open to anybody, regardless of gender or WWE job status, and is defended “24/7,” as in at any time, anyplace, as long as a WWE referee is present.

Ashley Mae Sebera (born November 29, 1988) is a professional wrestler, bodybuilder, gymnast, fitness competition, and model from the United States. She is contracted to WWE and competes on the Raw brand as Dana Brooke, where she is the current 24/7 Champion in her ninth reign.