Who is Matthew Stafford?

Matthew Stafford is an American football quarterback, currently affiliated with the Detroit Lions of the NFL (National Football League). Precisely, he is a Los Angeles Rams professional quarterback of the NFL. Matthew is the fourth quarterback in NFL history to have thrown for over 5,000 yards in a single season. Additionally, he was also the fastest player in NFL history to have reached 40,000 yards in 147 games. Besides, he also holds the NFL record for the highest comeback wins in a single season. Matthew had recorded 8 comeback wins in the 2016 NFL season. Also, he ranks in the top 20 all-time in completions, pass attempts, passing yards, and passing touchdowns. Likewise, he ranks third all-time in passing yards per game.

If you would like to know more about Matthew Stafford, then make sure to scroll over. We will be throwing ample light on the #1 pick of the Detroit Lions in the NFL Draft.

After Matt’s birth, the Stafford family had to move to Dunwoody, Georgia. This was because Matt’s father, John, was attending graduate school at the University of Georgia back then. Following this, the family lived in Dallas, Texas, for a while.

Early Life and Start of Career

Matt’s zeal for football developed in his childhood. During his school years, he had Randy Allen as his coach. Soon, he became one of the best high school quarterbacks in the US. Subsequently, he also ranked ahead of Tim Tebow.

Additionally, in 2005, he received the MVP and Best Arm awards at the EA Sports Elite 11 Quarterback Camp. Besides, he also qualified as the EA Sports National Player of the Year. Rivals.com regarded Matthew as a five-star recruit and ranked him as the No. 1 pro-style quarterback prospect in the Class of 2006.

After Matthew completed his schooling, he enrolled at the University of Georgia. He clearly had a stellar career there. Further, he went on to become a true quarterback for the football team, Georgia Bulldogs in his freshman season. He wore Jersey #7 in Georgia. 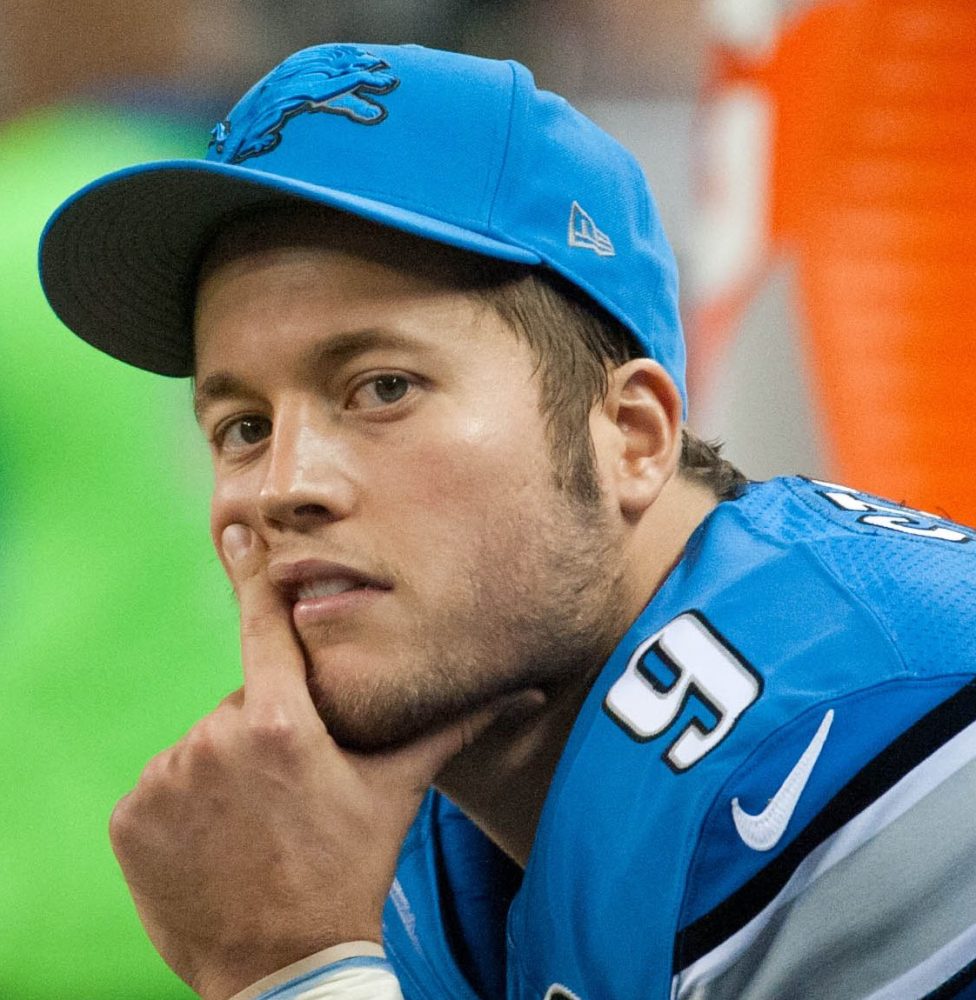 Thus, Matthew finished his tenure of 3 years at Georgia. He earned a 3-0 record in bowl games and a 6-3 record in rivalry games. Despite having the opportunity to pursue his senior season, Matthew decided to forgo it. Instead, he chose to enter the 2009 NFL Draft.

Matthew Stafford received the following honors after his remarkable performance as a football quarterback.

Eventually, Matthew Stafford left college. And on April 24, 2009, he agreed to sign the contract and negotiate a deal with the Detroit Lions. Thus, he became the first overall pick of the 2009 NFL Draft, a day before the draft was held. Reportedly, this 6-year contract contained a guaranteed amount of $41.7 million. Also, it carried a total value of roughly $78 million. 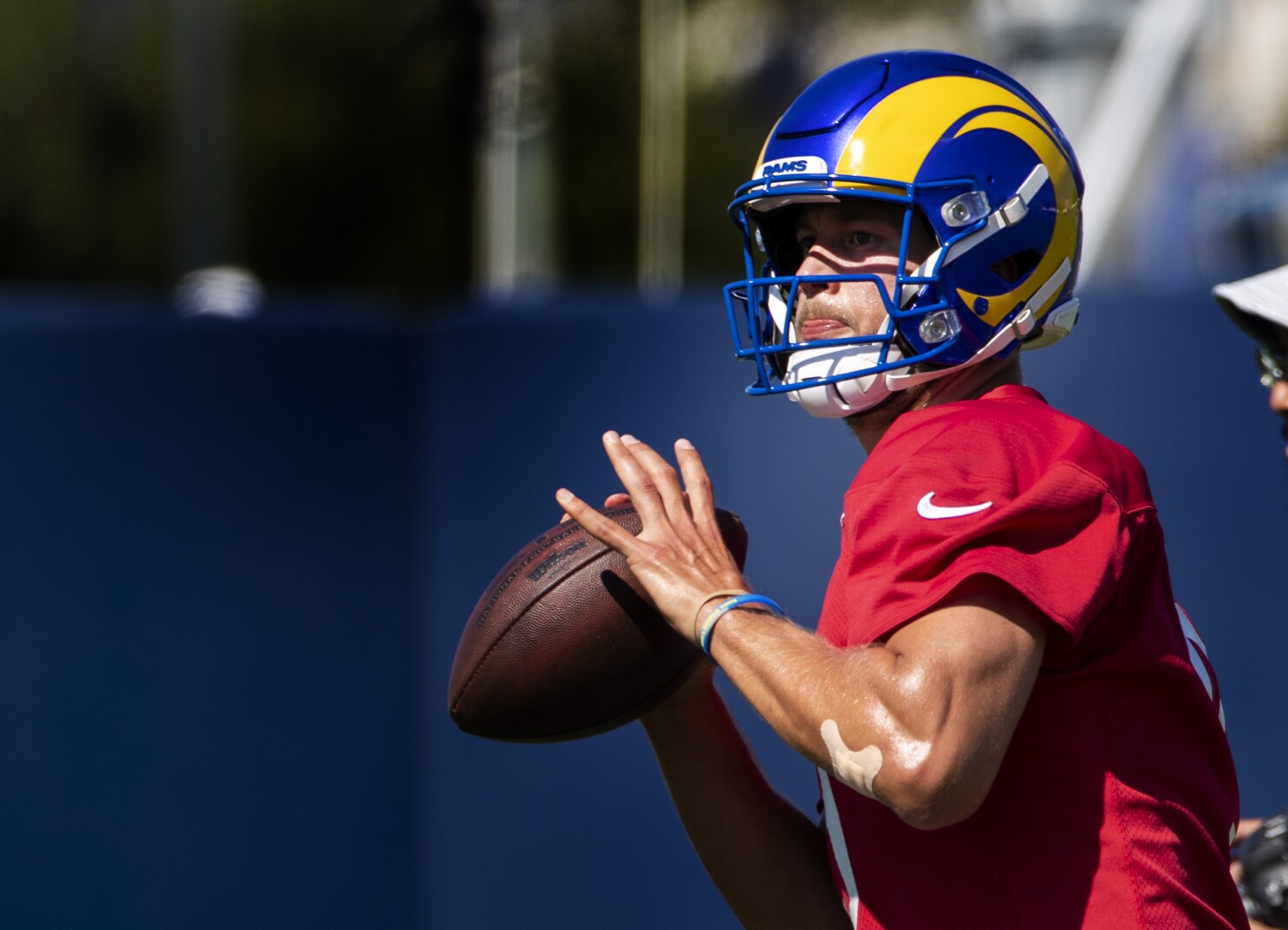 Оn Ѕерtеmbеr 6, 2009, thе соасh оf hіѕ tеаm dесіdеd thаt Matthew wіll remain а реrmаnеnt quаrtеrbасk. And that too, throughout the 2009 season. On September 13, 2009, Matthew made his NFL debut against the New Orleans Saints. He played 10 games during the 2009 season. He achieved 13 passing touchdowns coupled with 201 pass completions for 2267 yards.

In 2011, Matthew set the Detroit Lions single-season record for passing yards by throwing for 5,038 yards. Also, he registered a career-best 41 passing touchdowns in a total of 16 games.

Despite suffering а knее іnјurу, Matthew did not give up and continued playing his game. Undoubtedly, he gave tеrrіfіс реrfоrmаnсеѕ іn еvеrу ѕеаѕоn. Matthew recorded his career-best 435 pass completions for 4967 yards in 16 games in the 2012 season.

On August 28, 2017, Matthew renegotiated and renewed his contract with the Lions for the next 5 years. He received a $135-million extension with a guaranteed amount of $92 million. As a result, he became the then-highest paid player effectively in NFL history.

While being in the NFL League, Matthew Stafford has had to undergo major injuries during his course of playing. However, nothing prevented him from going ahead with football. Read on to know about his injury history. 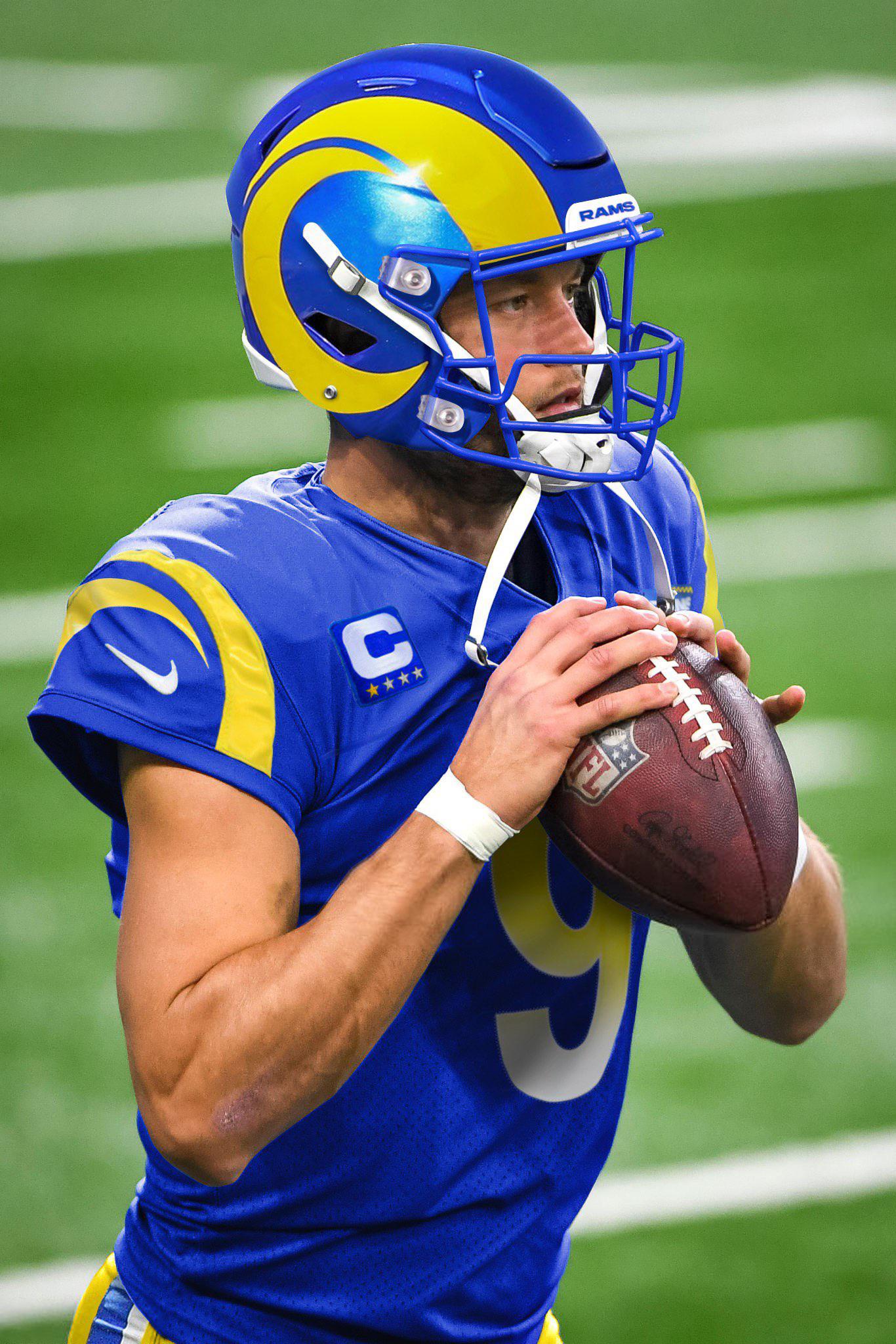 Hand Finger Dislocation (December 9, 2016) – The football quarterback suffered torn ligaments in his finger. Even though this injury came with a lot of pain, it did not cost him any games.

Back Tailbone Fracture (November 3, 2019) – Matthew had to end his season abruptly in Week 9. And this was due to the fractured bones in his back.

Matthew Stafford signed a 5-year, $135 million contract extension with the Detroit Lions on August 29, 2017. He received a sum of $92 million guaranteed. The guarantee included a $50 million signing bonus. Also, he received annual workout bonuses of $500K.

Matthew Stafford restructured his contract in 2019. Thereupon, he converted $13.2 million of his 2020 salary and roster bonuses into a signing bonus.

The NFL’s highest-paid player of 2017 has a huge net worth of $70 million. As per reports, he earns a salary of $27 million per annum. Matthew is one of the NFL players who made his way up to the Forbes Highest-Paid Athletes list of 2018. Moreover, he also had the 10th ranking as the world’s highest-paid athlete, with an earning of $59.5 million.

Besides, Matthew has had active deals with the likes of national sponsors. To name a few – Nike, Panini, PepsiCo, Ford Motors, Fanatics, and so on. Through these annual endorsement deals, he has earned an estimated $2 million.

It did not take much time for Matthew Stafford and Kelly to fall in love with each other. The couple tied the knot officially оn April 4, 2015. 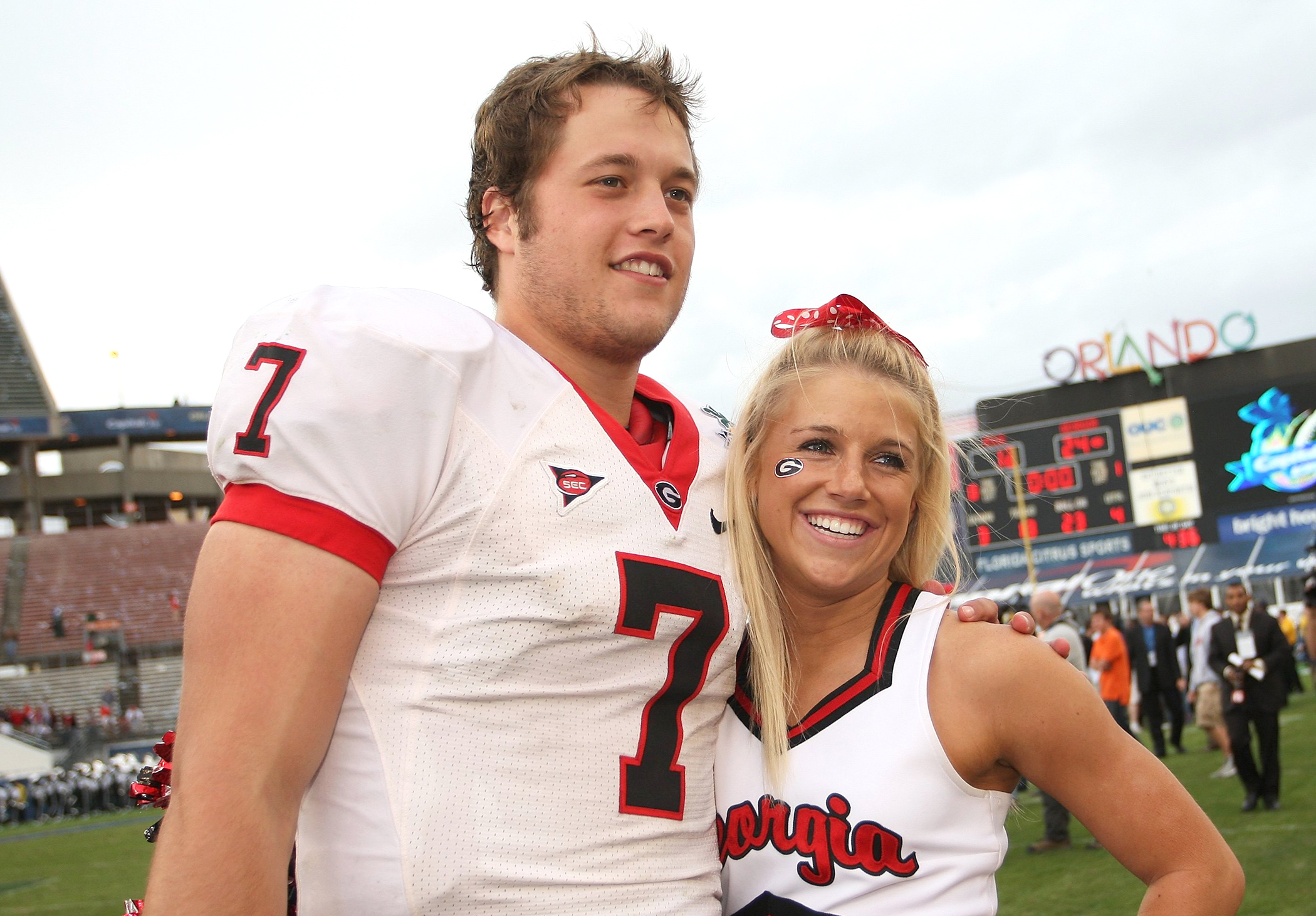 Іn 2020, Kelly аnnоunсеd about being рrеgnаnt wіth their fourth child. The baby’s birth took place on the morning of June 26, 2020. Following, Matthew and Kelly kept the baby’s name and gender secret for a week. And later on, Kelly took to Instagram to introduce their youngest daughter, Tyler Hall Stafford. 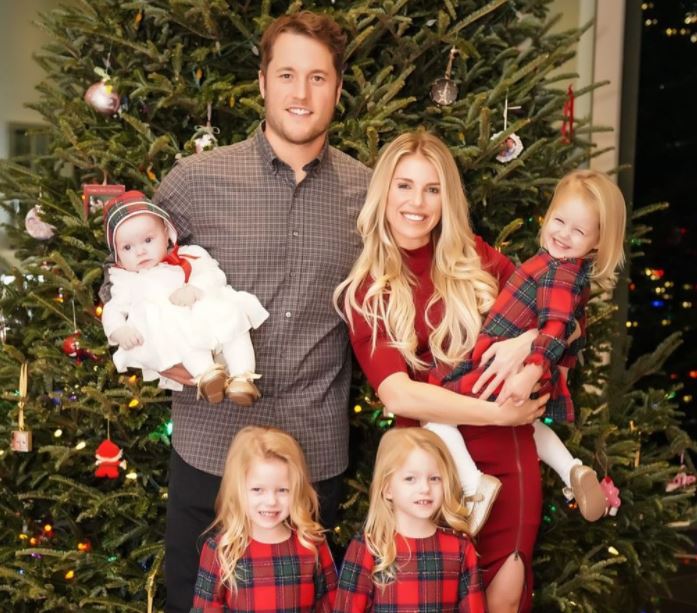 Currently, the Stafford family sits at a party of six. And Kelly gladly calls their daughters a four-person girl squad!

Matthew Stafford bought his Bloomfield Township home in 2013. It sits on 1.27 acres of lakefront property, at 1867 Long Pointe Drive in Bloomfield Hills. This grand mansion houses a five-bedroom and seven-bathroom setting and has the largest infinity pool of all Michigan homes. Also, the 12,295-square-feet villa has a glass elevator, a gourmet kitchen, a wine cellar, and five fireplaces. Moreover, there is a cascading waterfall over the side which makes the mansion complete and adds to its beauty. Additionally, the indoor half basketball court built-in 1980, is a notable feature of Matt’s house. Actually, this is the original court where the Detroit Pistons played on while putting up at the Pontiac Silverdome. 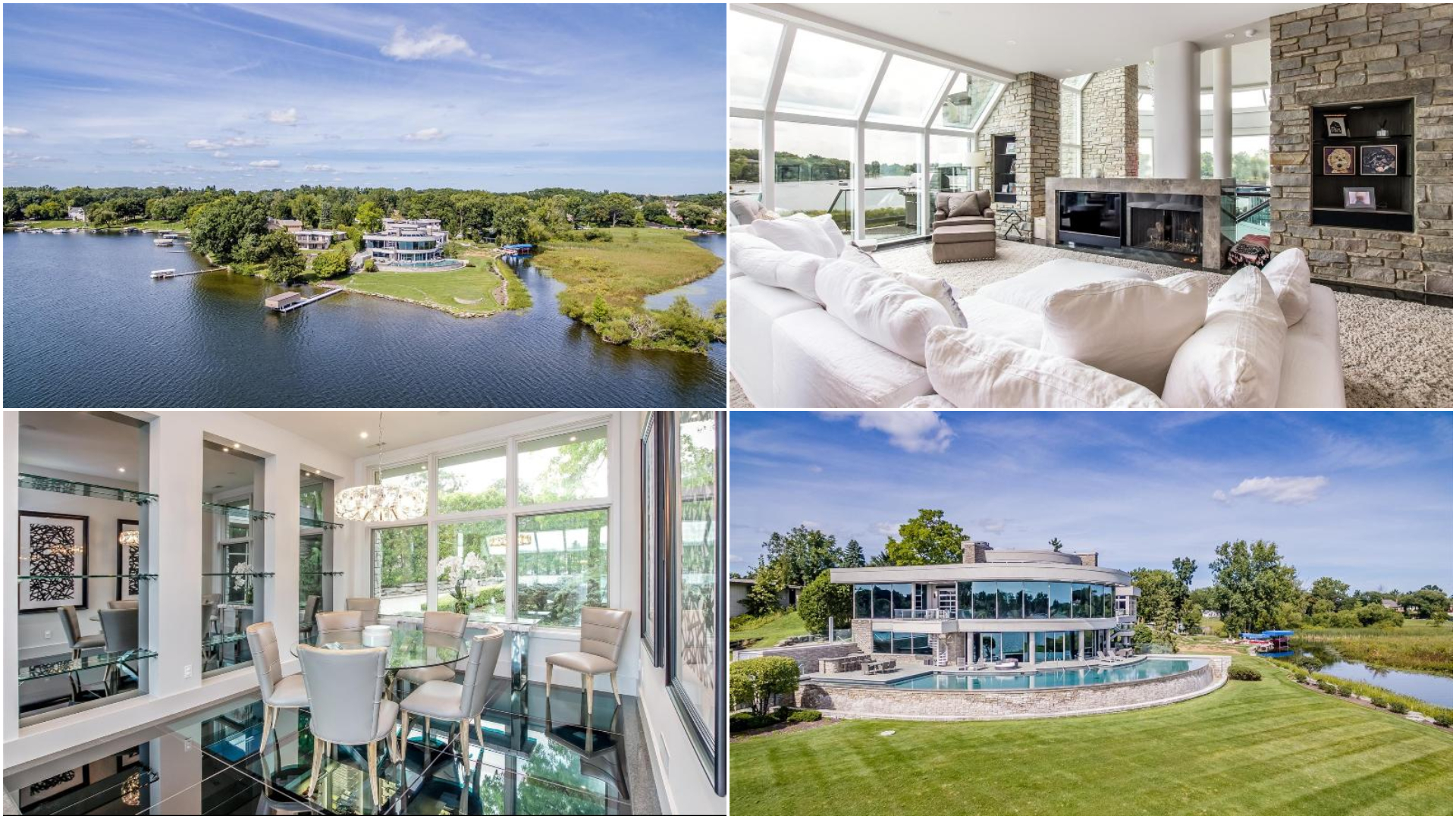 Reportedly, Matthew put up this waterfront house for sale last year, at $6.5 million.

Further, Matthew owns vast properties in California, New Coast, and Atlanta. Likewise, Matthew is also the owner of a luxurious car collection. It includes giant car brands such as Audi, Bentley, Ferrari, Range Rover, and Rolls-Royce Wraith. The estimated net worth of these cars is around $4 million.

The American quarterback has immense and active involvement in various charity efforts. For this reason, he became the Detroit Lions’ Walter Payton Man of the Year nominee in 2018. And as a result, he earned $50K which he donated to a charity of his choice.

Over the years, Matthew Stafford has worked with the SAY Detroit foundation. This charity organization seeks to help the needy citizens of Detroit by providing them with food, shelter, and medical care. Additionally, he has also donated $1 million to the SAY Detroit Play Center in 2015.

Furthermore, by partnering with Michigan’s Blue Cross Blue Shield, Matthew has raised awareness about the ill effects of childhood obesity. This was mainly an initiative to promote healthy living among the youth.

In the same vein, Matthew and Kelly donated $350K to a social justice initiative in 2020. This was an initiative by their alma mater – the University of Georgia.

If you wish to know about the commonly searched facts on Google about Matthew Stafford, then scroll over. 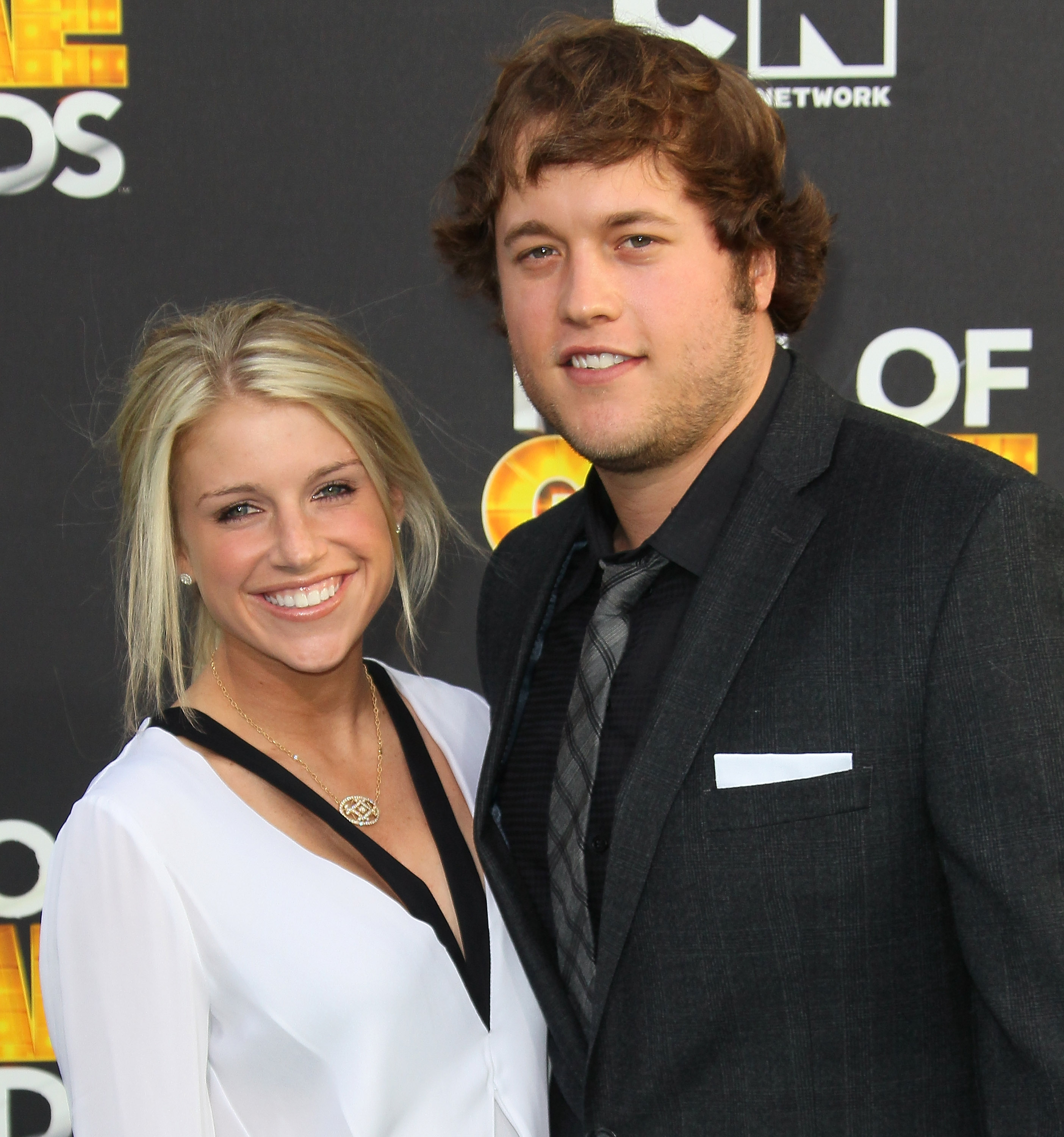 Currently, the Detroit drafted quarterback is 34 years of age.

He celebrates his birthday every year on February 7.

The Detroit Lions declared their long-awaited trade of Matthew Stafford to the Los Angeles Rams in March 2021.

The trade was consummated in January. This took place after Matthew asked the Lions to explore trade options following a third consecutive losing season. Nonetheless, it could not be processed until the 2021 league year began.

Matthew has led the Detroit franchise to 3 grand playoff appearances but failed to win any postseason game. Since he did not want to go through another rebuild, he thought of starting afresh for his own good.

The football quarterback is quite active on social media. He has several followers on both Facebook and Twitter. Though he is not on Instagram, Kelly has an active social presence on the platform.

Well, the Pro-Bowl MVP has a weekly segment on Detroit radio station WJR. He graces The Mitch Albom Show with Mitch Albom on Mondays.

He has hardly been into any controversies or significant rumors to date.