Every young basketball player aspires to play in the NBA, but only a few of them succeed. Draymond Green is one of the rare athletes who has put in the effort to make his aim a reality.

Who is Draymond Green?

Draymond Green is a basketball player from the US. He is presently a power forward or center for the Golden State Warriors of the NBA. Green is a three-time NBA champion and three-time NBA All-Star. Green has won three NBA championships. Moreover, he won the NBA Defensive Player of the Year in 2017. He also played a key role in the United States National Team’s gold medal performance in the 2016 Rio Olympics.

If you would like to know more about Draymond Green, then scroll over further. This article will cover his life in detail.

Draymond Green’s birth took place on March 4, 1990. His parents were Wallace Davis and Mary Babers. He has three sisters – LaToya Babers, Jordan Davis, and Gabby Davis. In addition, he has two brothers – Braylon Green and Torrian Harris. His birthplace was Saginaw, Michigan, USA.

Green’s parents divorced when he was still a child. Henceforth, he put up with his mother and is very close to her. His stepfather’s name is Raymond Green. Draymond Green attended Saginaw High School in Michigan for his studies. After enrolling there, he began playing basketball daily. Soon, his basketball coach Lou Dawkins saw his potential and pushed him to pursue basketball as a career. Thus, Green kicked off his formal training after that.

With a 26-1 record, his team won the Class A state championship. Moreover, Green came in at number 36 on ESPN’s top 150 lists.

Further, Green attended Michigan State University after graduating from high school. And in 2012, he earned a bachelor’s degree.

Draymond Green exhibits versatility in guarding all five positions as an interior and perimeter defender. As a result, he has been chosen for the power forward position repeatedly. Moreover, Green spends a lot of time studying his opponents to boost his game. Additionally, to get rebounds, steals, and blocks, he relies on his lower-body strength. 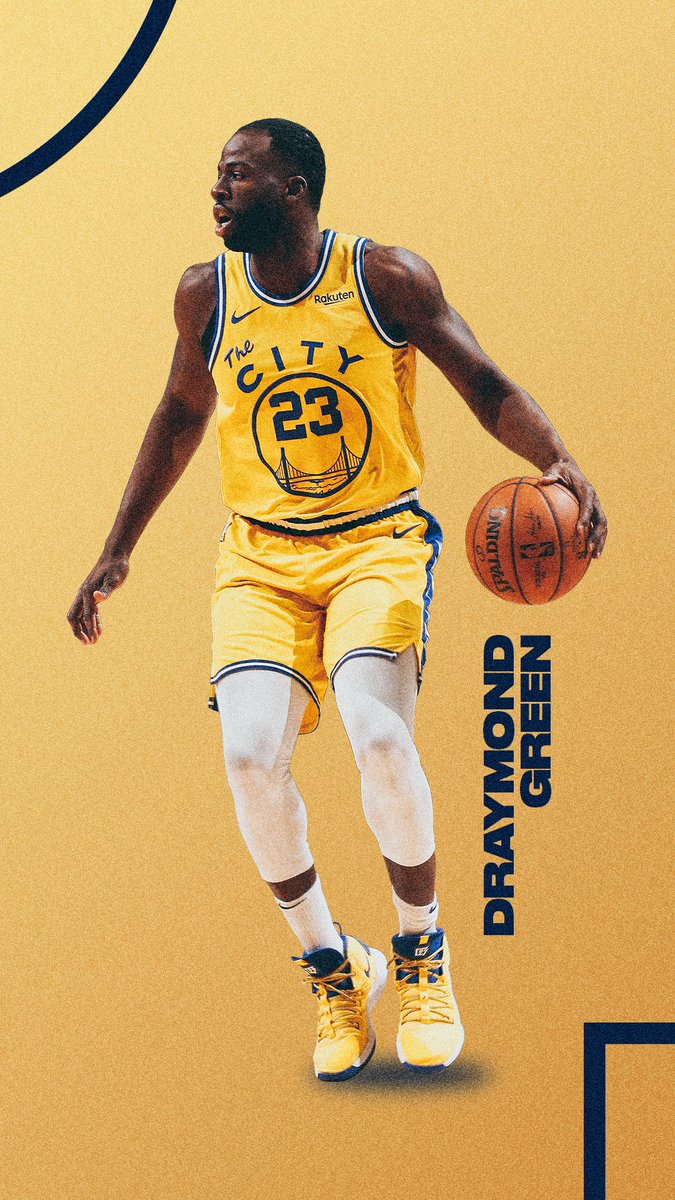 Green dabbled in football at Michigan State University before realizing his true passion was basketball. Furthermore, he practiced with the Michigan State Spartans football team. There he additionally had two plays in the 2011 Green-White spring football game.

Green exemplifies a new NBA trend of versatile frontcourt players who can defend several spots as well. Nonetheless, Green is also a strong attacker. Moreover, his rash and aggressive style frequently results in penalties and technical fouls. He has had ugly squabbles with a handful of other star players though. To name a few – Steven Adams (Oklahoma City Thunder), Bradley Beal (Washington Wizards), and LeBron James (Cleveland Cavaliers).

Green joined Michigan State in 2007 and played 37 games in his debut season. He managed to average 3.3 points and 3.3 rebounds. Green made a huge leap forward after that season and was named MSU’s Most Improved Player. He led his squad to the championship title in the 2011-2012 season. Most importantly, he was named Big Ten Player of the Year. In addition, he won four Players of the Week accolades during that season.

He graduated from Michigan State. He was one of just three players in school history to score over 1000 points and assist over 1000 times.

The Golden State Warriors selected Draymond Green in the 2012 NBA Draft. He was the Warriors’ 35th overall choice and signed a $2.6 million contract. Green made his NBA debut against the Phoenix Suns, though only for a minute.

Following the injuries to Brandon and Richard, he saw more playing time. On January 9, Green made a game-winning layup with 0.9 seconds left. And thus, he helped the Miami Heats retain their title.

He averaged 6.2 points and 5.0 rebounds per game during the 2013-2014 season. Nevertheless, the Los Angeles Clippers defeated the Warriors in the first round of the playoffs by a score of 4-3.

Green scored 13.6 points per game in the Warriors’ first seven games when they went 5-2. The Warriors proceeded on a 16-match unbeaten streak after that. Green, on the other hand, kept averaging 13.3 points per game.

He scored a triple-double in Game 6 of the NBA finals. Therefore, he became the sixth player in NBA history to achieve such a feat in the finals. Moreover, he won the NBA championship. Additionally, he was the runner-up for the Most Improved Player Award and Defensive Player of the Year awards.

Green recorded his third and fourth career triple-double in two consecutive games in November 2015. After a month, he had 24 points, 11 rebounds, 8 assists, 5 steals, and 5 blocks. Also, he had all these in a game against the Boston Celtics, thus extending the Warriors’ winning streak to 24-0.

On March 30, Green recorded 1,000 points, 500 rebounds, 500 assists, 100 steals, and 100 blocks. Therefore, he became the first player in NBA history to score so in a single season. He set a career-high with 37 points in a postseason game against the Trail Blazers.

Green continued to produce at a high level as the new season began. Thus, he earned himself a spot in the NBA All-Star Game once more. Green became the first Warriors player to have 150 steals and 100 blocks in a single season on March 31.

In addition, he assisted the Golden State Warriors in winning the 2017 NBA title. Besides, it also became the first team in NBA history to go 12-0 in the playoffs. Green became the first-ever Warriors player to win the NBA Defensive Player of the Year Award after the season’s end.

He began the new season on the same note as his former one. Green passed Tom Gola for the franchise lead in triple-doubles with 21 on January 4, 2018. A few weeks later, he crossed the 4000 points and 3000 rebound record.

On February 24, he moved up to seventh place on the Warriors’ list of blocked shots. In addition, he helped the Warriors meanwhile win back-to-back NBA titles. Moreover, he aided them in having the most postseason rebounds in Warriors history.

Green, on the other hand, had to miss most of the 2018-2019 season due to injury. However, once he returned to the squad, he gave it all to help his club reach the NBA finals.

His six postseason triple-doubles tied him for second in NBA history with Magic Johnson. He tied his career-best of 16 points in a win over the Cleveland Cavaliers on February 1, 2020.

In the 2011 Summer Universiade Men’s Basketball Tournament, Green played for the US National Team. He averaged 8.6 points and 6.0 rebounds. Despite Green’s outstanding performance, the US team finished fifth.

Moreover, Green was also a member of the US Olympic team that won gold in the 2016 Rio Olympics.

Green has 12 technical fouls as of the 2020 season. He will face an automatic suspension and a $5K fine if assessed 16 by the year-end.

Draymond Green’s expected net worth is over $50 million, as of 2021. His current pay is based on a five-year contract worth $118 million signed with the Golden State Warriors in 2001. He contributed a record fee of $3.1 million to Michigan State on September 15, 2015. That was the most money ever donated to a previous school by an active athlete.

Green has endorsement deals with companies including Major League Fantasy, Converse, and others. According to Forbes, he makes millions of dollars from these ads.

In August 2020, Green purchased a huge mansion in LA’s Brentwood district for $9.6 million.

Green was arrested for an assault in East Lansing, Michigan on July 10, 2016. He had a brawl with Michigan State defensive back Jermaine Edmondson the night before. According to the arresting report, Green went to Rick’s pub and ran into Edmondson. Following a verbal exchange, two of Green’s pals allegedly choked Edmondson and his girlfriend.

Both Green and Edmondson went to Conrad’s Grill in East Lansing the next night. And there, Edmondson confronted Green about last night’s incident. Green allegedly hit Edmondson in the face after poking him in the chest. Green had a blood alcohol level of 0.10. Later on, Green admitted to slapping Edmondson. Moreover, he agreed to apologize to the victim, as per the arresting officers. Henceforth, Green was released four hours after his arrest after posting a $200 bail.

In January 2019, Draymond Green exchanged rings with TV actress Hazel Renee. Moreover, Green and Renee have two children together currently. The couple is yet to marry, however. They live together in LA presently. The duo began dating in 2017. 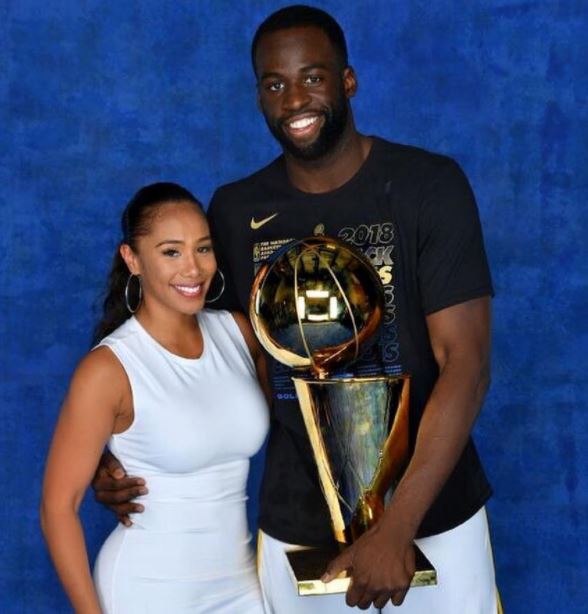 Moreover, Renee is also a former cast member of Basketball Wives. Besides, she has also been in the third season of Empire and the second season of Showtime’s The Chi.

Further, Renee has a daughter from her previous relationship named Olive. On the other hand, Draymond Green too had an affair with Jelissa Hardy before dating Renee. With Hardy, he has a son named Draymond Jr.

Sadly though, Green and Hardy split up shortly after Jr’s birth. Green had also adopted Hardy’s daughter, Kyla from a prior affair.

Thus, we present before you the usual searches on the web about the basketball star. 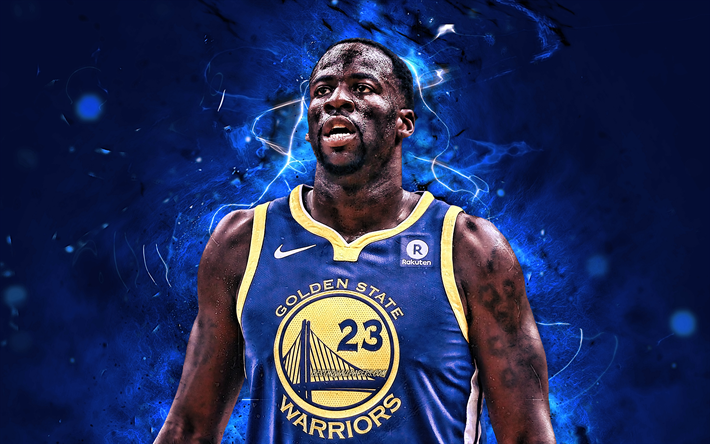 His birthday falls on March 4 every year.

He is signed with B.J. Armstrong.

Green originally starred in the documentary film Our Dreams, which first appeared in 2012. Besides, he also featured himself in many episodes of the family sports show Game Changers in 2016.