Hailie Deegan is a Professional stock car racing driver of America. She is a full-time competitor in the NASCAR Camping World Truck Series, for David Gilliland Racing. Keep on reading to know more about Hailie Deegan and her early life, career, education, and relationship status.

Who is Hailie Deegan?

Hailie Deegan’s full name is Hailie Rochelle Deegan. Hailie Deegan is 21 years old and she was born on July 18, 2001, in America. Her hometown is Temecula, Calif. She started driving at the age of eight as she was so fascinated by driving and vehicles. She’s been the only female driver in the Lucas Oil Off-Road Pro series and also in the regional series and won the championships in 2013, 2015 and, 2016. 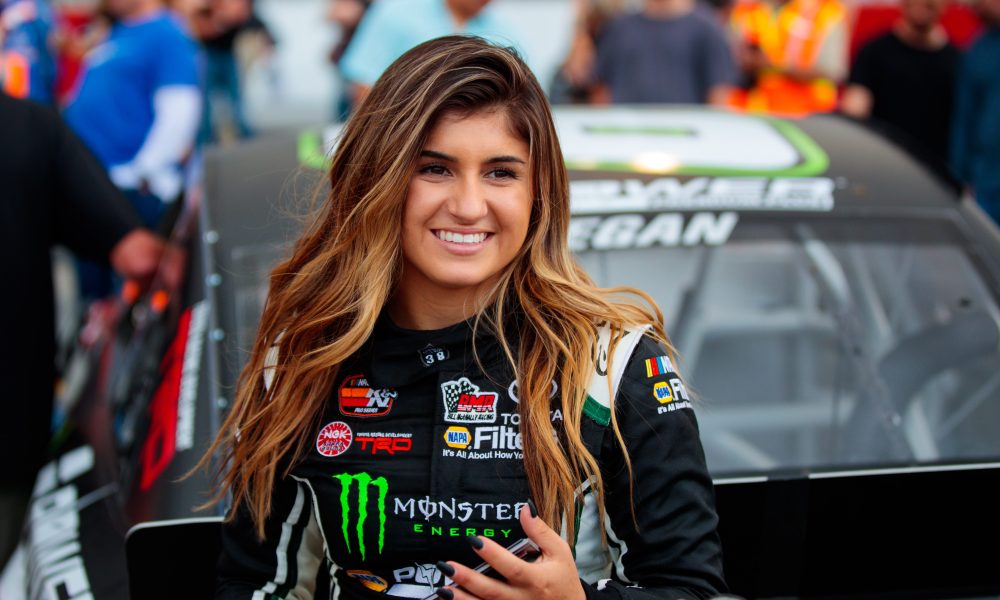 Hailie was the female youth to win that series in 2016 because she had her dad who’s a professional racer, and some great coaches by her side every then and now to teach and help her with any sort of difficulties, They also believed in Hailie’s potential to win and helped her build that confidence she has today. And Hailie made everyone proud of her who believed in her victory.

She won several times before 2016 but came under the light in 2016 when she was the only female to win the K&N series. In 2018, she decided to be a full-time racing driver in the NASCAR K&N Pro series for BMR.

Moreover, she was the only racing driver to compete full-time in the K&N series. She was the opener of the K&N West season at Las Vegan. Deegan’s debut in the ARCA Menards series was on 19 May 2019 at Toledo in Venturini’s No. 55 Toyota Camry. However, by the end of 2019, she shifted to Ford from Toyota.

In 2020, October, Hailie made her NASCAR Gander RV & Outdoor Truck series debut at No. 17 but managed to be 16 after taking on a lap down. She also announced she’ll be a full-time driving racer in 2021 as well. 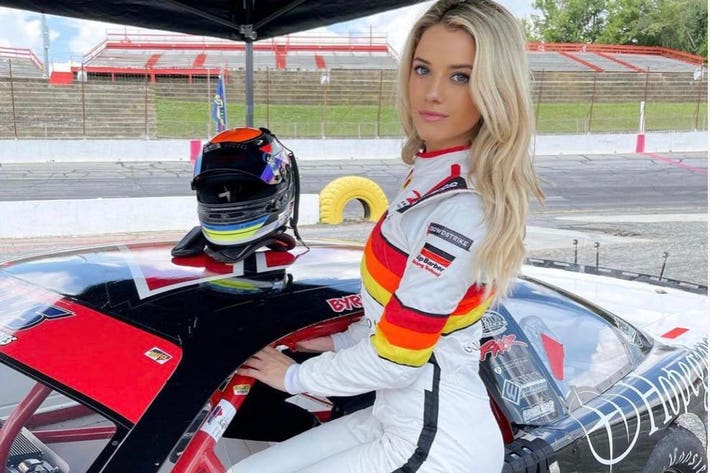 Deegan was a professional racer before she completed her graduation. She’s a student of Rancho Christian High School, Temecula, California. She received her Diploma on the day of her race, she went to race after getting her diploma.

Hailie Deegan is the daughter of an American Professional Motocross rider, co-founder of Metal Mulisha Brian Deegan, and Marrisa Deegan. There’s not much information found about her mother on the internet. She also has two young brothers, Hudson, and Haiden Deegan, who also has seen participating in motocross. 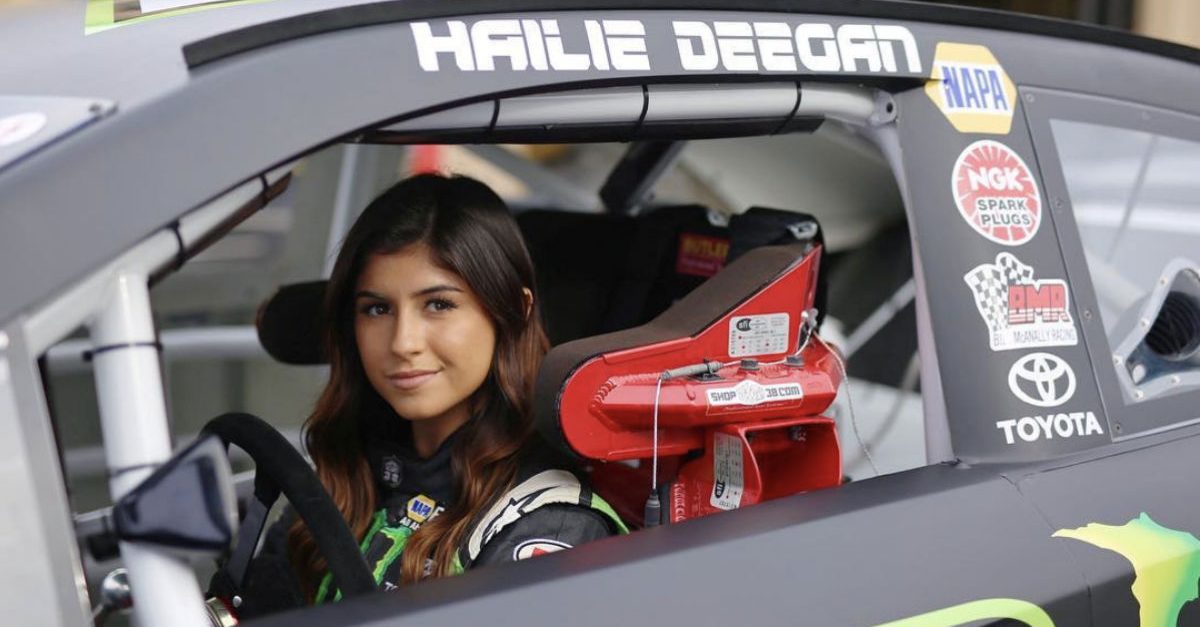 Hailie was interested in driving and racing since she was a child. She started racing by the age of 7, she began to ride dirt kart and took part in off-road series by the age of eight. In 2013, Junior 2 Karts season, She was the first female to win the championship of the Lucas Oil Off-Road Racing series.

The Modified Kart National Champion was also named by her in 2016 But Hailie came under the spotlight when she participated won the NASCAR K&N Pro Series West, all this at the age of 17. Hailie was the first-ever female to win the West Series races. Not once but she was able to win it twice i.e., seasons of 2018 and 2019

In Addition, she currently competes and drives for the American professional stock car racing team David Gilliland Racing as a full-time racer for tournaments by the NASCAR Camping World Truck series.

At first, there were no controversies related to Hailie’s relationship considering her young, and also she likes to keep her personal life updates private.

But, as the young professional stock car racer became a sensation and popular among the real and internet world, it keeps increasing her fame and so her fans and people are curious to know about her and her love life. 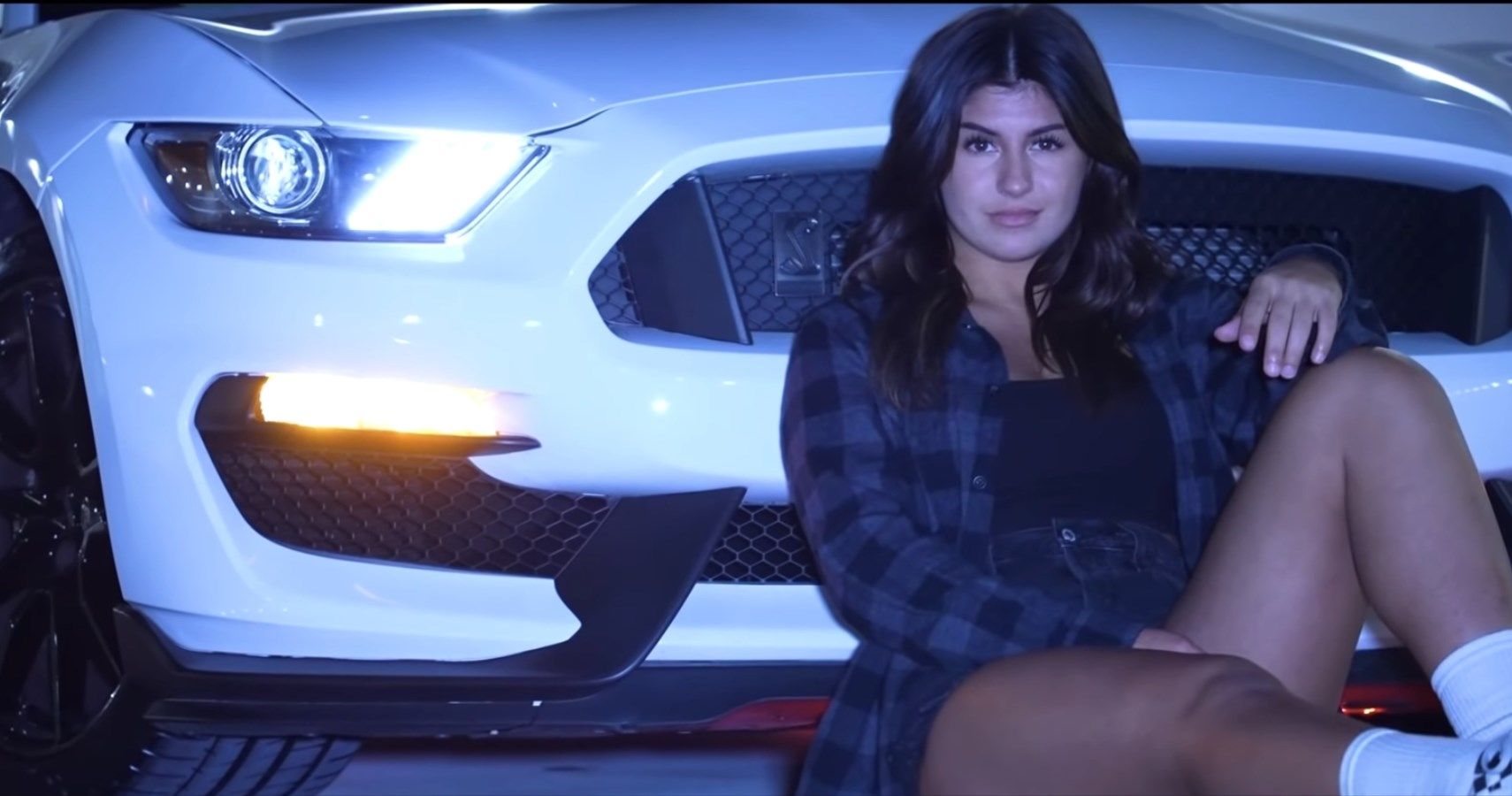 Coming to Hailie Degaan’s dating life- She was dating and her boyfriend’s name was Chase Cabre. Though there are no official statements given by the couple about where they met and how it all started.

Hailie Degaan was dating Chase Cabre who’s an American professional stock car racer. Talking about his career, he started from motocross and later went up to micro-sprints, he also competes in the NASCAR K&N Pro Series East as a full-time driving racer for Revolution Racing.

She is currently single.

This popular car racer is active on multiple social media platforms including Facebook, Twitter, Instagram, as well as on YouTube. Hailie has a verified account on Instagram Hailie Deegan with a huge following of 1.2 Million currently. She is actively seen on this platform, posting and sharing about her professional and personal life, that is, her vacation and tournaments pictures.

She’s also actively seen Twitter and her handle is HailieDeegan with a following of 127K. She also has her own website where her fans can buy Hailie Deegan’s merchandise including customized hoodies, caps, and sunglasses. 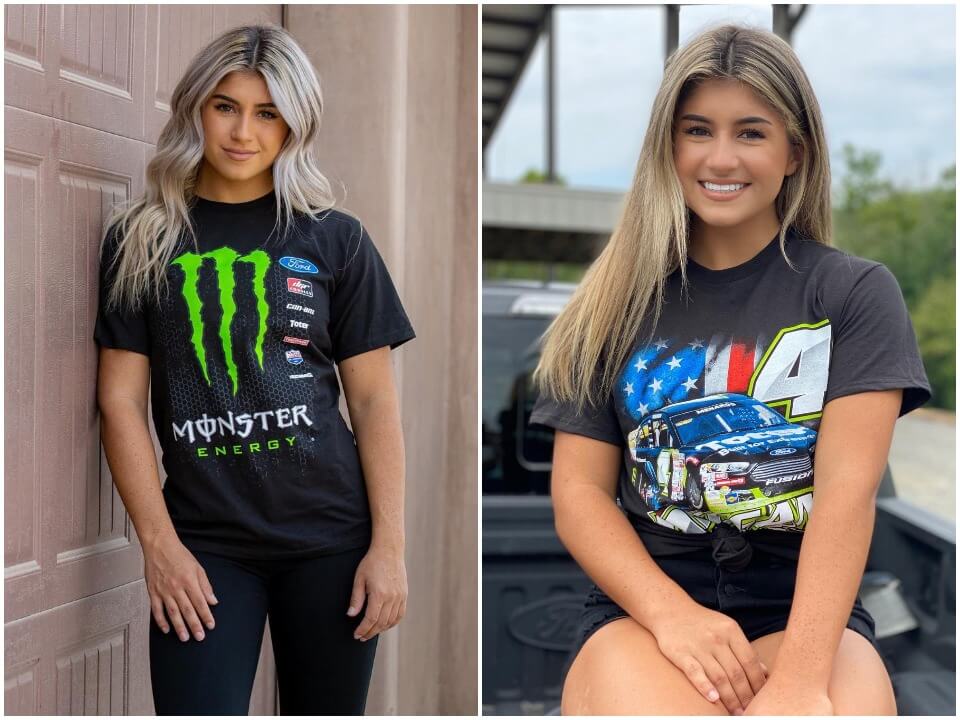 Halie Deegan is 21 years old now and as of now, her net worth is $1 to $5 million. In addition, she earns money by selling her personalized merchandise. Her zodiac sign is Cancer. Also, Hailie is 5 feet and 9 inches tall and she has 60 kg weight. Her hair color is dark brown, highlighted with ash blonde color. Likewise, she has a fit body with 33-25-35 measurements. As of now, she doesn’t have any boyfriend officially. She is a talented racer and found her path to a bright future.