Samuel Robert Shaw is an American professional wrestler who was born on January 17, 1984. He is currently working for WWE, where he goes by the stage name Dexter Lumis and performs on the Raw brand. He is also well-known for his tenure with Total Nonstop Action Wrestling (TNA), where he appeared from 2010 to 2015 under the ring names Sam Shaw and Samuel Shaw.

Shaw began his professional wrestling career in 2007 on the independent circuit after being born in Jacksonville, Florida. He joined Total Nonstop Action Wrestling in 2010, winning the TNA Gut Check challenge there in 2012. He subsequently spent time in Ohio Valley Wrestling, TNA’s then-developing territory, before coming back in 2013.

Shaw left TNA in 2015 and spent the subsequent five years competing in independent wrestling until joining WWE in 2019. After he came out in April 2022, he went back to the indie scene and joined WWE again in August of the same year.

One of the most distinctive characters in NXT was Lumis. He remained silent the entire time there until one of the show’s most wholesome episodes, which was his wedding to love interest Indi Hartwell. Dexter The celebration of Lumis and Hartwell’s marriage was wonderful, with just the right mix of mayhem and hilarity. Since the majority of NXT Superstars were present, everyone who tuned in saw that WWE was putting everything into the segment. But throughout his vows, the celebrity remained silent and even choked out the priest officiating the ceremony.

The audience anxiously awaited his answer when Beth Phoenix asked him if he wanted to accept Hartwell as his wife. The Tortured Artist finally said, “I do,” after a little period of quiet, sending his coworkers and followers into raptures. He couldn’t have made a better choice of words for his first NXT speech.

Lumis went back to NXT a few months ago to visit his wife. Before he left, the two kissed and hugged. Now that Hartwell got the promotion to the main roster, fans can watch how this love story plays out.

After the pair’s brief reunion on NXT, fans are hoping to see Indi Hartwell team up with Dexter Lumis on WWE’s main roster.

In one of the earlier NXT episodes, Dexter Lumis unexpectedly returned to the organisation and left In a letter. Fans got to witness InDex rejoin for the most recent episode of the developmental brand, however, it didn’t last long.

After the segment, fans thought that Hartwell had finished her time on the developmental network because she would soon make her RAW debut alongside Dexter.

A major boost came to Hartwell as a result of participating in The Way. She has been competing on NXT for months, earning a few victories but not doing much else. Also, she had a path to success thanks to The Way. She and LeRae became the NXT Women’s Tag Team Champions in no time. Dexter Lumis came next.

He, who would later go on to become Dexter Lumis in WWE, underwent a character change in TNA in 2013. He would start pursuing TNA’s Christy Hemme after taking the name Samuel Shaw, starting with a segment in Hemme’s house. Shaw would start acting as a psycho on television, taking inspiration from Patrick Bateman from American Psycho and Dexter Morgan from the TV series Dexter.

Between 2013 and 2015, Shaw underwent a variety of transformations. It included a period during which somebody locked him up and under the care of fellow TNA wrestler Gunner.

With this role, he would spend a lot of time going after Christy Hemme, which would make many fans uncomfortable watching. Eventually turning around, Shaw would seem to have recovered, though it would only last a moment as he would attack Gunner while briefly siding with Santana Garrett. The summer of 2015 would see Shaw leave TNA. 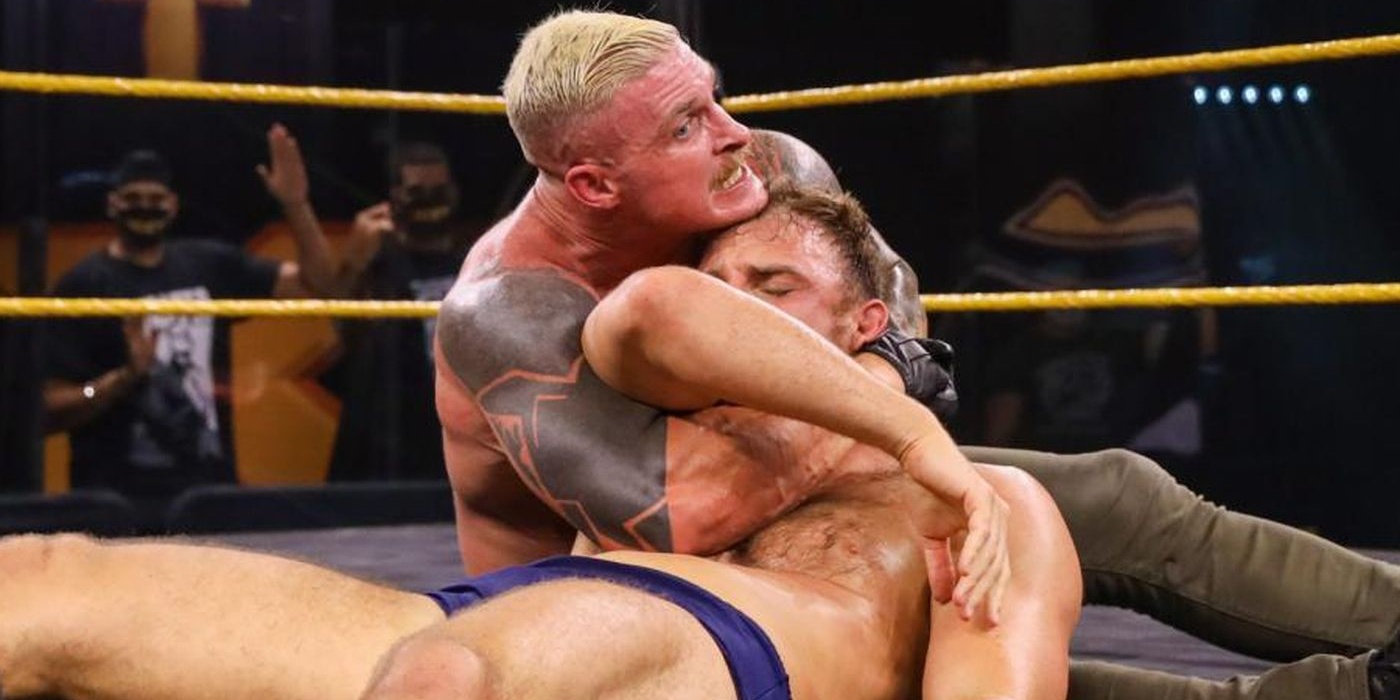 A match’s conclusion can really be stunning by the correct story and if the wrestler concentrates on a particular body area throughout the contest. When it comes to Dexter Lumis, The Silence is unquestionably the best surrender move there is. For a submission like this, when he can use his spooky gimmick to pull off his blank facial expressions while sending his opponent to sleep,

The technique appears terrible, and when he locks it in, his opponent frequently fades out quickly, making it feel even more terrifying.

Dexter Lumis and Others

When Johnny Gargano claimed that The A-Lister had fabricated the entire Dexter Lumis saga during his first week on the red brand, he exposed The Miz. What he lacked, though, was concrete proof. He showed up this week with video evidence that exposed The Miz and showed why he hired Lumis to arrange those assaults. 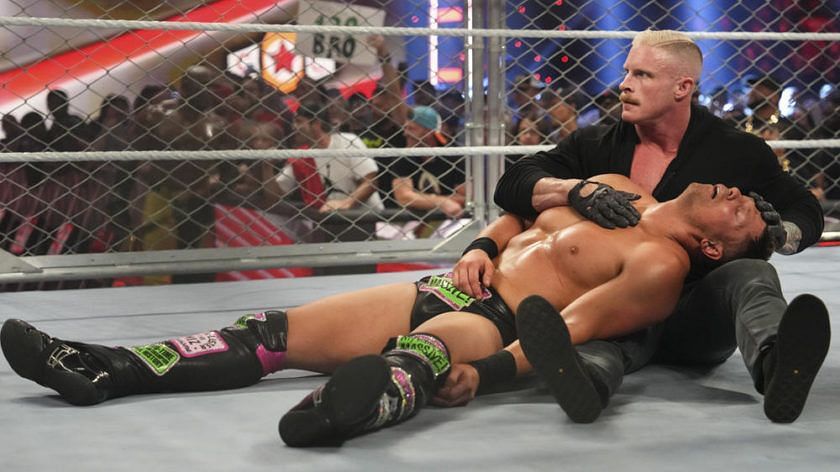 On the most recent RAW programme, Miz entered the ring to refute Gargano’s assertions. He claimed that he didn’t intend to do that. Gargano, however, had other ideas. The former NXT Champion disclosed that the producer Miz had just met was really a private detective who secretly taped their conversation.

The Grand Slam Champion was caught on camera saying that he had paid Lumis to orchestrate attacks so that they would draw attention to him. The payments were halted as a result of the police and WWE management becoming involved.

The A-Lister and Johnny Gargano eventually engaged in combat as a result. After distracting the referee, hitting Gargano with an object, and pinning him, the veteran prevailed.

Gargano and Lumis have been linked together for a while thanks to the former’s final WWE-related storyline. In the end, Indi Hartwell, the NXT daughter of Gargano, and Lumis were married. But in 2022, when Lumis was fired from WWE, a new narrative started. 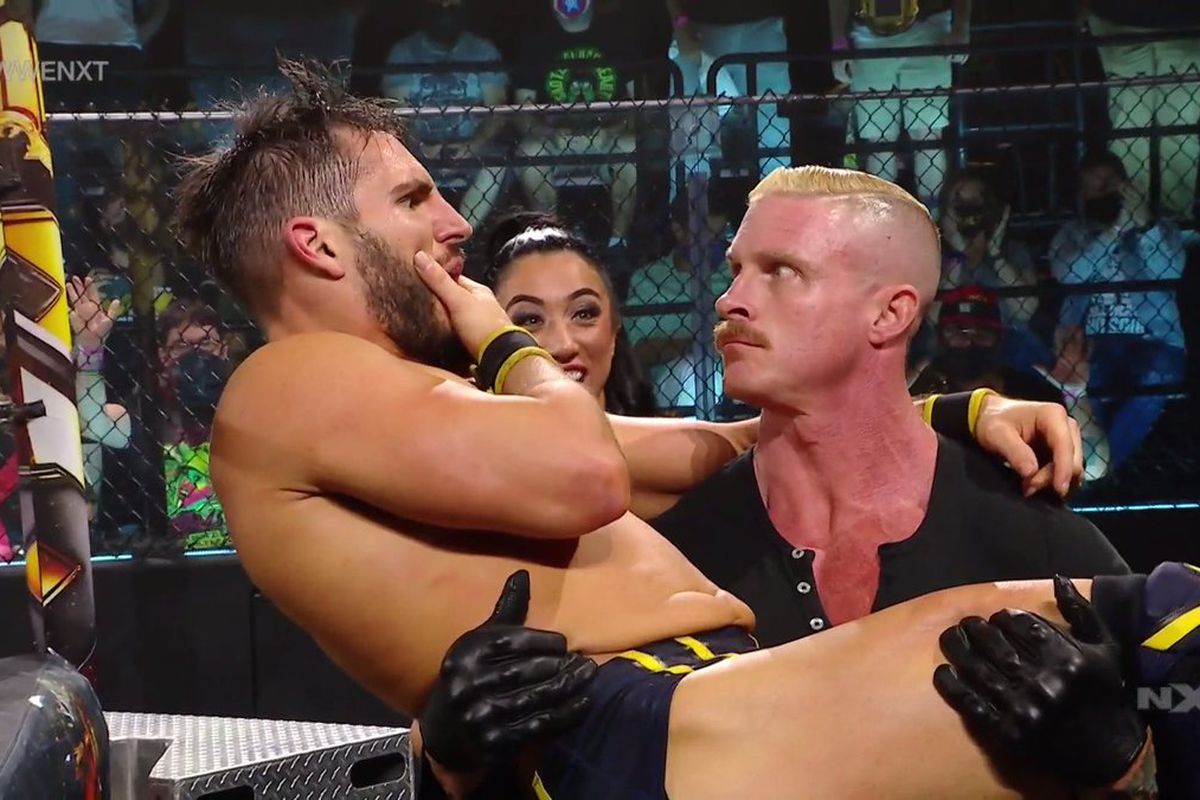 Gargano claimed that after being let go by WWE, Lumis struggled and eventually made a deal with The Miz, who paid Lumis to stage attacks to garner attention. 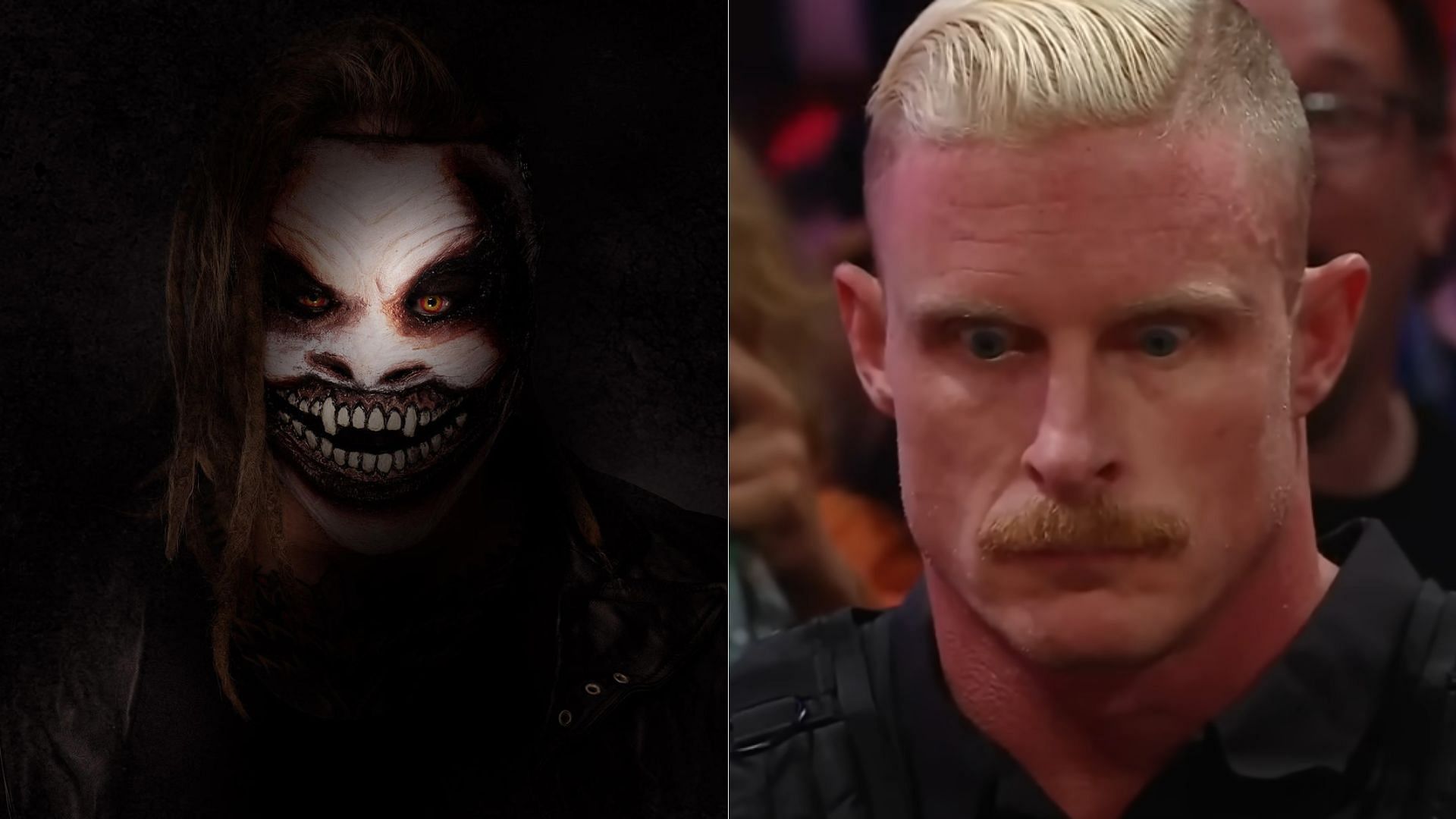 In July 2021, two years after making his debut as the horror-themed Fiend persona, Wyatt was let go by WWE. On WWE television, Lumis also exudes an intimidating presence similar to the three-time world champion. He has the ability to catch people’s eyes without talking.

WWE should schedule a storyline involving Ciampa and Lumis, according to Russo. He believes that the business would profit from hiring writers with experience writing horror scripts in order to make the angle a success. 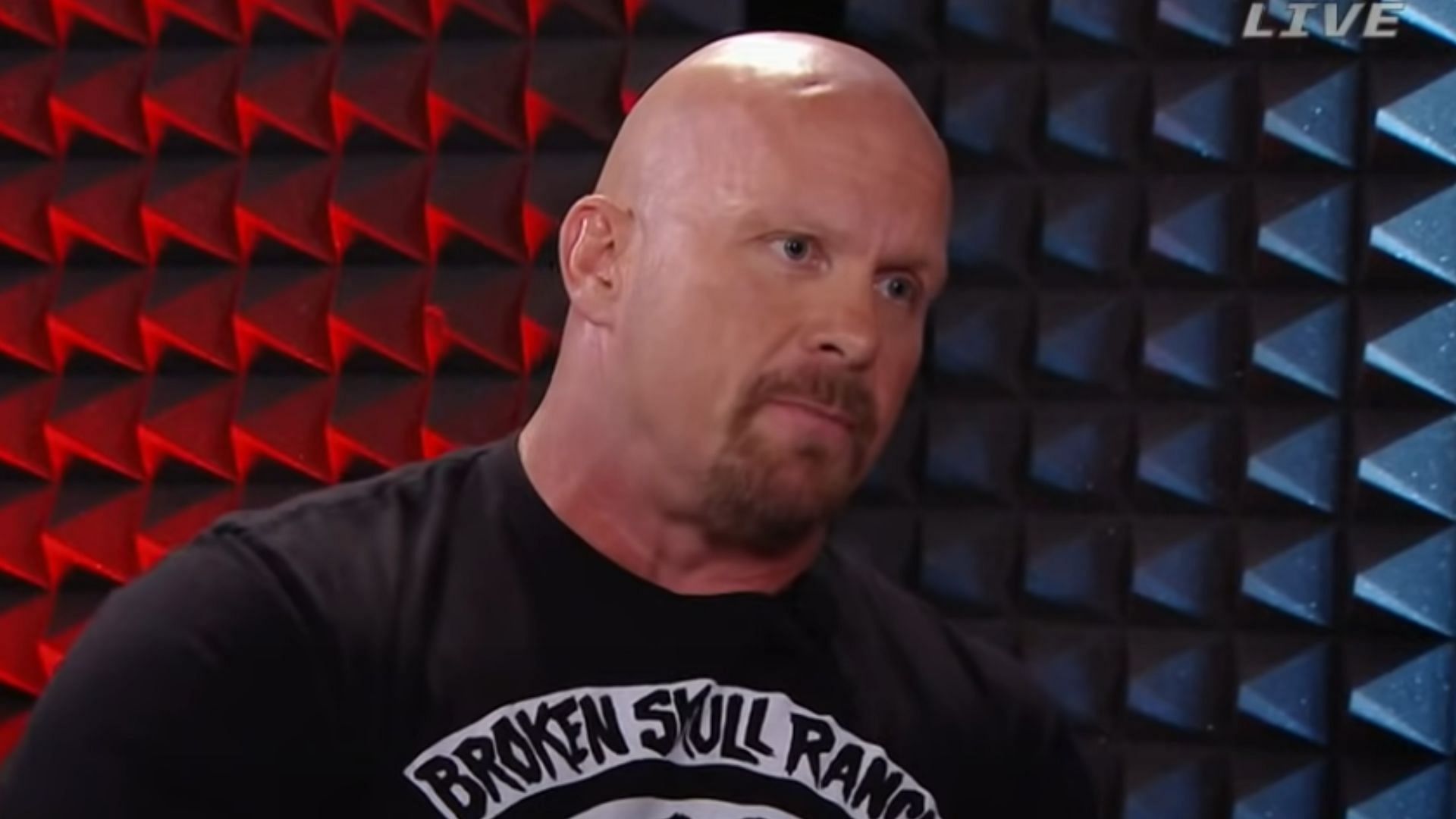 After being let go by WWE in April, Lumis unexpectedly joined them again this month. The 38-year-erratic old’s persona abducted The Miz on RAW and temporarily reconnected with his fictional wife, Indi Hartwell, on NXT last week.

Also, when Mantell worked for IMPACT/TNA five years ago, he requested that management schedule Lumis on television. The new RAW Superstar, he then continued, exhibits the same sort of “magic” that Austin did many years ago.

In real life, are Indi Hartwell and Dexter Lumis a couple?

So, Dexter and Indi Hartwell have been on-screen pairs for a while. Prior to getting married inside the ring on the September 14 episode of NXT 2.0, they got engaged on the show in August of last year.

Does Dexter Lumis have a voice?

During his wedding, he said the first words he ever said in WWE. One of the most distinctive personalities in NXT was Dexter Lumis. Until one of the show’s most wholesome episodes ever, he remained silent the entire time he was there.

For WWE’s Tortured Artist, Dexter Lumis, a passion for sketching is more than just a gimmick. Dexter Lumis is one of several superstars that Triple H and the current leadership of the company are bringing back to the WWE.